Garik Kharlamov admitted that he has a small manhood 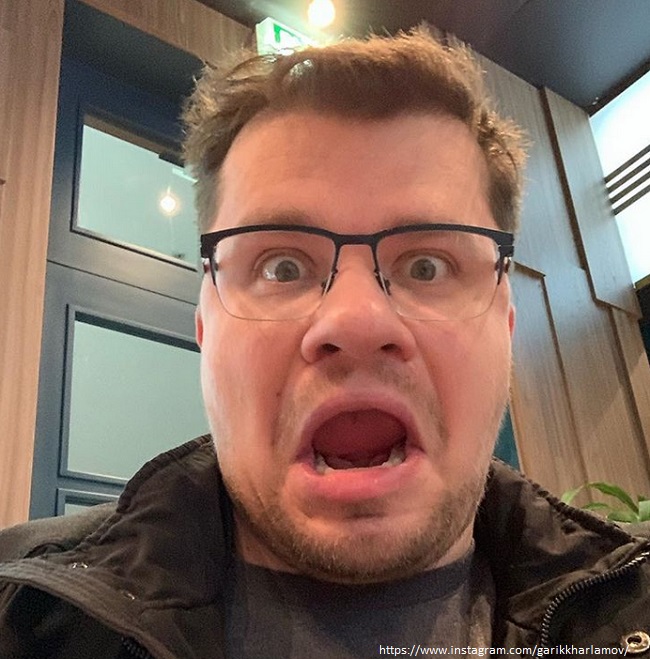 Showman Garik Kharlamov undressed on the air of the new show.

The artist and Timur Batrutdinov have been running their own show on the Internet for almost three years. Here, the artists are not limited by censorship and can afford even the most shocking antics. So, for example, in the latest release, the stars decided on a kind of striptease right in front of the dumbfounded guests: Azamat Musagaliev and Denis Dorokhov.

The Comedy Club stars decided to strip themselves in front of the guests during the rehearsal of the future show by Azamat Musagaliev. “It’s called Wash My Feet. Denis and I play on the same team. This is a kind of competition. We often gathered in some office, joked, but people did not see it. And so we want to show how hysterically funny it is. Let’s say you are one team, we are another. The curtain between us, as it opens, you must make us laugh as much as possible“, – the humorist explained the rules.

Azamat invited his colleagues to make faces, play a miniature, or even perform a song. However, Garik Kharlamov and Timur Batrutdinov did not think long, and simply pulled their pants down. Dorokhov immediately burst into laughter, but Musagaliev looked dumbfounded at the artists’ bare buttocks.

Obviously, the comedian did not expect such audacity from the stars and did not focus on this, deciding to ask Garik about the postponed coronavirus. “How did I survive covid? I actually lost weight just imperceptibly. Not in places where you can see. I have a very thin penis. I lost four pounds guys“, – the showman in the YouTube show” Shocking Howe “laughed.

Recall that Kharlamov caught a new type of virus in the fall of last year. Then the artist denied the fact of infection, but adhered to the prescribed regime of self-isolation. During the period of illness, the star remained at home alone and not only because of the fear that the disease would be passed on to the family. In the summer, Garik announced the breakup with Christina Asmus. The ex-spouses prefer not to disclose the reason for the breakup, but some are sure: all because of the sloppy appearance of the comedian. Recently, he has greatly recovered and flabby, while the actress has always been famous for her pursuit of the perfect appearance.