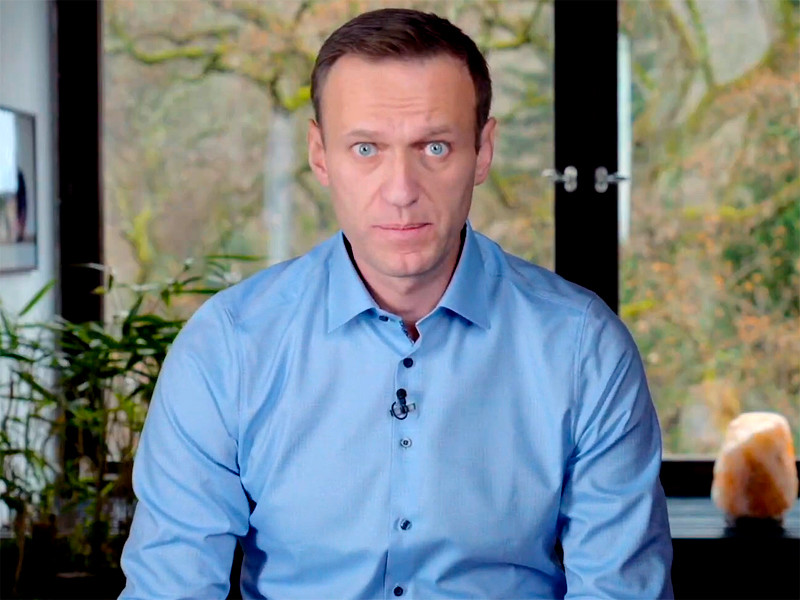 The Moscow department of the Federal Penitentiary Service (FSIN) regards the failure to attend them by the conditionally convicted opposition leader Alexei Navalny as a deliberate evasion of mandatory control. A message about this was posted on Monday on the agency’s website.

The agency recalls that on December 22, the medical journal The Lancet published an article based on the materials of the German clinic Charite, collected based on the results of Navalny’s treatment. Based on the publication referred to by the Federal Penitentiary Service, Navalny was discharged from the clinic on September 20 after poisoning with chemical weapons of the Novichok family. And by October 12, “all the consequences of his illness had passed,” the Russian penitentiary department emphasizes.

Thus, according to the FSIN, “a conditionally convicted person does not fulfill the duties assigned to him by the court and evades the control of the criminal executive inspection.” “In accordance with the verdict of the court, the conditionally convicted person has been assigned duties, for the failure of which he is liable under the legislation of the Russian Federation,” the FSIN department recalled.

They noted that if the fact of evasion of the conditionally convicted person from the control of the criminal executive inspection is confirmed, “measures will be taken against him, provided for by part 4 of Article 190 of the Criminal Executive Code of the Russian Federation (liability of conditionally convicted persons).” The article provides, inter alia, with a petition to the court to revoke the conditional sentence and to execute the sentence imposed by the court verdict.

The press release said that on December 28, Navalny was notified of his appearance at the Criminal Execution Inspectorate (UII). Information about the need to appear was also sent to his lawyer and press secretary.

In turn, the oppositionist’s lawyer Vadim Kobzev published a message from the head of branch 15 of the Penitentiary Institute of the Moscow Federal Penitentiary Service, according to which Navalny was invited to register by 9:00 on December 29.

Alexei Navalny himself regarded the press release of the Federal Penitentiary Service as a long-awaited recognition by the Russian authorities of the fact of his being poisoned with combat poison. “AAAAAAAAA The FSIN, referring to the article in” Lancet “, demands to jail me. But, excuse me, the article that I was poisoned by” Novichok “. So, at the official level the state recognized the poisoning. Where is the criminal case?” – wrote oppositionist on Twitter microblogging.

According to the press secretary of Alexei Navalny, Kira Yarmysh, the press release of the FSIN indicates that the Kremlin is changing its tactics. “That is, first they try to poison Navalny, and when they fail, they decide to jail. They remembered the probationary period in the Yves Rocher case and on the last day they decided to change it to a real one,” wrote she’s on Twitter. The fact is that on December 30 Navalny’s probationary period in the Yves Rocher criminal case expires. Thus, if he does not appear at the FSIN on December 29, the security forces will petition to replace his suspended sentence with a real one.

On December 30, 2014, the Zamoskvoretsky District Court of Moscow found Alexei Navalny and his brother Oleg guilty of especially large and large-scale fraud in the field of entrepreneurial activity, as well as the legalization of money obtained by criminal means. The court and the investigation concluded that the brothers had stolen 26.8 million rubles from the cosmetics company Ives Rocher and 4.5 million rubles from the Multidisciplinary Processing Company (MPK) through the Main Subscription Agency (Glavpodpiska). Judge Elena Korobchenko sentenced Alexey Navalny to 3.5 years of probation and 5 years of probation, and his brother Oleg to 3.5 years in a general regime colony.

During the trial, Alexey Navalny himself filed an application with the Investigative Committee of the Russian Federation about the commission by investigator Roman Nesterov of crimes under Articles 285 (abuse of office), 286 (abuse of office), 292 (official forgery) 303 (falsification of evidence in a criminal case), 307 ( knowingly false testimony in court) of the Criminal Code of the Russian Federation.

According to Navalny, in the seventh volume of the criminal case, which contains a note from a Yves Rocher representative about the absence of damage to the company, the number of sheets has been reduced, their numbering has been changed and the content has been corrected. On one of the sheets, Navalny found traces of white clerical putty. According to the oppositionist, corrections were made to the materials of the case after the accused got acquainted with these materials. The court did not take into account all these arguments of the defense.

In August 2017, by a court decision, the probationary period appointed by Navalny was extended until the end of December 2020 at the request of the FSIN.

The FSIN also repeatedly appealed to the court with requests to replace Navalny’s conditional imprisonment with a real one, but to no avail.

In October 2017, the European Court of Human Rights (ECHR), at the request of Navalny, awarded them compensation of more than 80 thousand euros. The ECHR admitted that the Russian authorities violated a number of articles of the European Convention on Human Rights in relation to Navalny in the Yves Rocher case.

On April 25, 2018, the Supreme Court of Russia, on the proposal of the chairman of the court, resumed proceedings in the case against Navalny in connection with the decision of the ECHR, but upheld the verdict.

The founder of the Anti-Corruption Foundation (FBK), Alexei Navalny, fell into a coma on board the plane and was hospitalized on August 20 in Omsk. Two days later, the oppositionist’s comrades-in-arms and relatives managed to get him transported to a Berlin clinic, where he underwent further treatment. Experts from several foreign laboratories have established that the oppositionist was poisoned with a Novichok family chemical agent, of which the Russian special services are suspected of repeatedly using it. Navalny himself is sure that FSB officers tried to kill him on the orders of Vladimir Putin. The oppositionist even called one of the alleged poisoners, Konstantin Kudryavtsev, and he admitted in a conversation that he had destroyed the evidence after the assassination attempt that remained on Navalny’s underwear.

The Kremlin has been denying the very fact of Navalny’s poisoning for more than four months. At the same time, officials and medical functionaries put forward counter versions that the oppositionist allegedly tortured himself with starvation in an attempt to lose weight, that he had pancreatitis or diabetes and, in general, undermined health.