Freaks rode a motorcycle in tight quarters, but not offended

How many people can fit on a motorcycle at the same time? These residents of the province of Zamboanga del Sur (Philippines) believe that five is a great number. 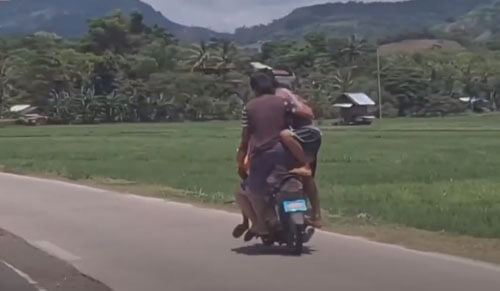 A group of eccentrics traveling in cramped quarters, but not offended, and clinging to each other with all their might, was filmed by a motorist passing by. At first, he wanted to honk his reckless friends to remind them of road safety, but then he thought that this could only make things worse - men could get scared and get on the road. 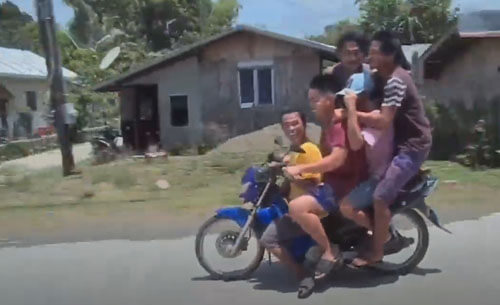 The driver could only wish the daredevils to safely reach their destination, because such a trip can be fraught with difficulties, and dangers, and with a meeting with police officers.

See also: Trying to stop a drunk friend, a young man knocked down a roadblock