Former husband of Pelageya married the daughter of a millionaire 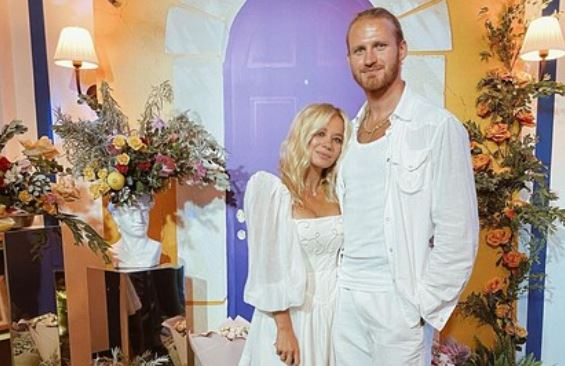 The ex-husband of the singer Pelageya, hockey player Ivan Telegin married his beloved Maria Gonchar. The couple got married in one of the registry offices near Moscow. Photos from the ceremony were published by the newlyweds on their Instagram accounts.

The wedding ceremony took place in a circle of people close to the couple. It is assumed that the spouses plan to arrange a magnificent celebration later. For the marriage, the couple chose classic outfits: a black suit and a white dress.

Telegin and Gonchar have been together for about two years: the hockey player went to the new darling from Pelageya, leaving the singer with their common daughter Taisia. The athlete made an offer to his beloved in the spring of 2021 in the girl’s hometown – Nizhnevartovsk. According to media reports, the Gonchar family is financially secure. The girl is the daughter of a millionaire, claims Starhit.

Pelageya married Telegin in 2016, a year later the couple had a daughter, Taisia. The couple filed for divorce in the Nikulinsky Court of Moscow in December 2020. The singer sued her ex-husband for a quarter of his income for alimony for her daughter. Pelageya decided to keep the funds in the account until the child reaches the age of majority. According to the court’s decision, the girl lives with her mother.