Forecast for 2022 from science fiction writers

Before the New Year, people willingly look and read forecasts for the near future not only from psychics.

Futurologists, “scientifically savvy fortune-tellers”, today can give odds to any astrologer, since knowledge of the trends of modern technologies gives them the opportunity to fantasize about the future and predict it more accurately.

The famous science fiction writer Arthur Clarke was also a popular futurist. Many of his predictions came true. The writer has long been dead. But there are his predictions of what should have happened by 2020 and in the years to follow.

Artificial intelligence will reach the level of development of the human brain, he was sure. From this moment on Earth, the coexistence of two intelligent life forms will begin, and the second, artificial, will evolve rapidly. At a speed beyond the reach of biological evolution.

“The explosive growth of neurobiological research has led scientists to a complete understanding of how all the senses function, after which it became possible to directly connect to the organs of sight, hearing, touch. As a result of this neurobiological revolution, the so-called Braincap appeared – a distant descendant of the primitive Walkman of the 20th century. A whole universe of feelings and impressions, real or artificial, opened before a man with a “brain cap” on his head, tightly pressed to the skull; it became possible to directly exchange thoughts with other people in real time. “Brain caps” were used not only in the entertainment industry and imaginary travel, the invention revolutionized medicine (the doctor himself could experience everything that the patient feels), as well as in jurisprudence (a deliberate lie henceforth lost all meaning). Since the device could work properly only on a completely shaved skull, the hairdressing industry, or rather, the wig industry, experienced a rapid flourishing. “ 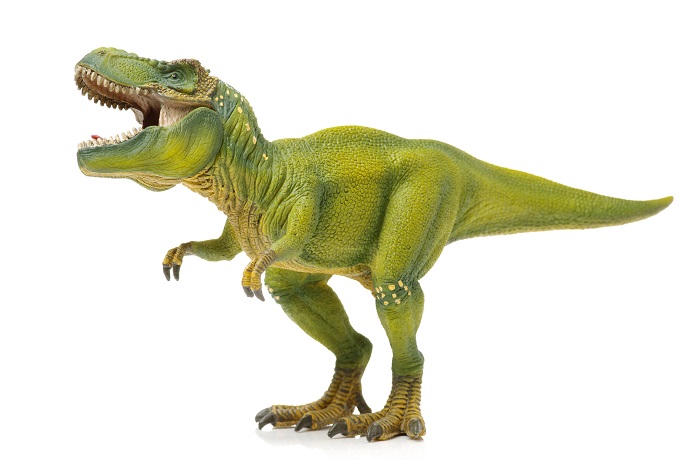 Also, Arthur Clarke was sure that in our time people will be able to restore extinct species by DNA. In particular, bring dinosaurs to life, just like in the films about Jurassic Park.

What came true of Ray Kurzweil’s predictions for 2022

The famous futurist and writer Ray Kurzweil made a number of predictions for 2022 back in May 2015. It is interesting to see what is already coming true by now, and what did not even think to begin.

It seems that his forecast of the launch of a high-speed hydrogen train between Paris and Amsterdam in 2022 will not come true. It is also doubtful that fundraising for the construction of a space station for the independent space state of Asgardia will be completed. However, surprisingly, there are many such predictions of Kurzweil, which came true ahead of schedule, even before the beginning of 2022.

“Toilets do tests and give recommendations on human health.” Such “smart” toilets have already been created and are operating in some places in Japan.

“Diplomas of education will lose their value.” Not really. But graduates of many Russian universities who cannot find work with honors will confirm that this is partly true. 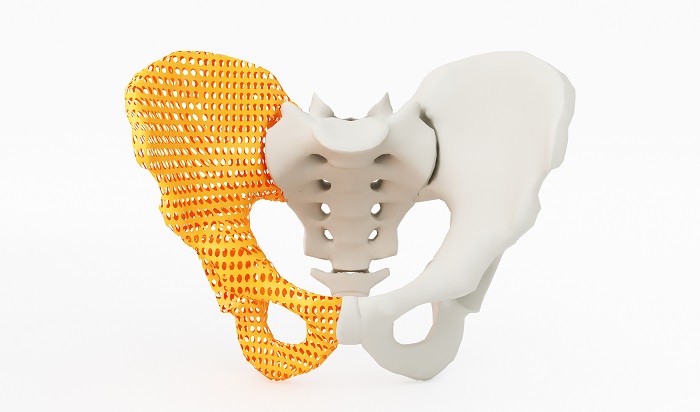 “3D printing of hip and knee implants, hearing aids, medical products.” The technology is already in use in many highly qualified clinics.

“Artificial Intelligence Can Beat Poker Pros.” It happened back in 2019.

“Editing human genes in clinical practice.” The gene editing technology CRISPR-Cas9, for which the Nobel Prize was awarded in 2020, already exists. However, in clinical practice, it is not used due to legal prohibitions. Intervention in the human genome can create new dangers, for example, mutants – “X-men”.

And back in 2022, according to Ray Kurzweil’s forecasts, “robots will become as familiar as pets. The governments of developed countries will begin to pass laws regulating the relationship between humans and robots. “

In 1997, the American magazine Wired published an article by two futurologists Peter Schwartz and Peter Leyden, “The Future of the World: A Chronology of the Great Leap Forward,” in which they gave a forecast for 25 years ahead.

Not everything came true. But this is coming true right now with frightening precision: “The ecological crisis will cause global climate change. This will disrupt food supplies. Then prices will begin to rise, and outbreaks of hunger will occur in various parts of the planet. The level of crime will rise, the number of cases of terrorism will increase ”.

The authors of the article also predicted that the tension between China and the United States in the 2020s will develop into a new Cold War. “An uncontrolled flu epidemic will begin, similar to the Spanish flu pandemic. It will break out like wildfire and claim the lives of up to 200 million people. The practice of social and cultural public condemnation and ostracism will slow down development. This will stop the progress of society. “

How can one fail to recall the “culture of cancellation” that is gaining popularity in the West, when a person is declared not shaking hands for a statement that was considered intolerant. How it happened with the creator of Harry Potter, J.K. Rowling, who was not invited to the Potter’s anniversary ceremony, allegedly for intolerance towards transsexuals.

Another futurologist, our contemporary, Doctor of Physical and Mathematical Sciences Ian Pearson gave a prediction for 2022. “Walking around the city with the help of augmented reality gadgets, it will be possible to virtually look inside buildings. And you can “roll back” time back and see how this place looked, say, 300 years ago. When visiting McDonald’s with children, Ronald McDonald from augmented reality will arrange a personalized children’s party for everyone. “

It looks like we are creating a new reality for future generations right now. 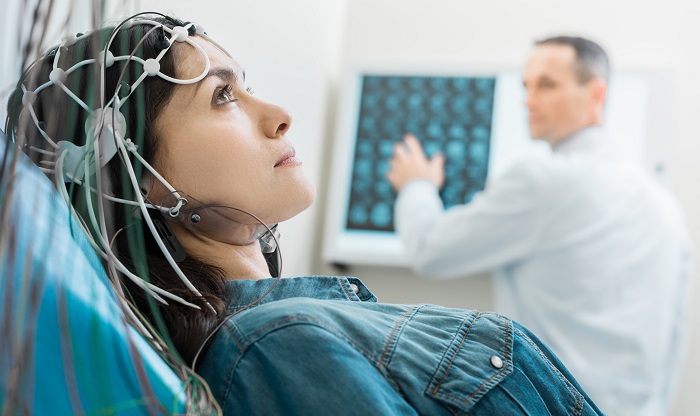 In 2022, people will begin testing cognitive implants. In fact, these are electronic matrices that are mounted in the brain of a living being. They accelerate, stimulate the work of this main human organ, help to overcome Alzheimer’s disease, complete paralysis and other terrible diseases.

Elon Musk has already shown a chimpanzee that played video games with the power of thought. In the future, he will show how the already created Neuralink chip helps a specific person, which can be implanted into the brain to help people with injuries or mental illnesses.

However, like any invention, brain implants are a double-edged sword. They can be used not only as a means of rehabilitation, but also as a weapon. It raises concerns that with the help of brain chips, some military will be able to turn people into biorobots and use them as cyborgs in the wars of the future.

But Elon Musk, declared Man of the Year in 2021 by several magazines at once, is not appeasing. And he continues to pour out predictions and promises. Recently, for example, a billionaire and inventor promised to send a rocket into space fueled by the greenhouse gas CO2. In order, therefore, to kill two birds with one stone: to deliver people to Mars and save the planet from global warming. But so far there is no such fuel of the future.

An American visionary saw Russia as the world’s hope

The Edgar Cayce phenomenon continues to haunt the minds of people around the world even now, although almost 80 years have passed since the date of his death. He gained world fame after predicting two world wars, naming the dates of their beginning and end. What prophecies of this mystic and medium can be attributed to 2022? 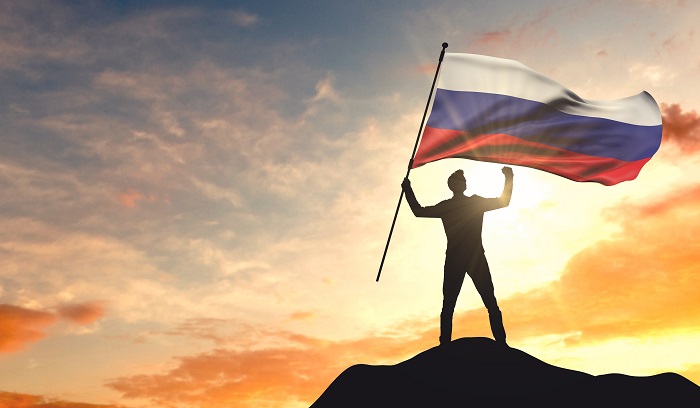 According to contemporaries, Russia was some kind of obsession for him. Casey believed that the world peace depends on the “unpredictable bear”. This is the future he predicted for Russia almost before his death in 1945:

As you know, the inscription “We believe in God” is only on one currency in the world – on US dollars. And thus, before becoming the hope of the world, Russia will have to make friends, and maybe even somehow unite with the United States.

“The mission of the peoples of Slavic Russia is to radically change the essence of human relationships. Liberation from selfishness and gross material passions will come from the East. Relations between nations will be restored on a new basis: trust and wisdom, ”argued Edgar Cayce.

Against the background of natural disasters, in his opinion, the territory of Russia will become the most attractive place to live. In this case, the most comfortable place will be Western Siberia. “Yes, clean energy is already being accumulated in Western Siberia,” predicted Casey. “It will protect this land from the destructive effects of natural and energy disasters.”