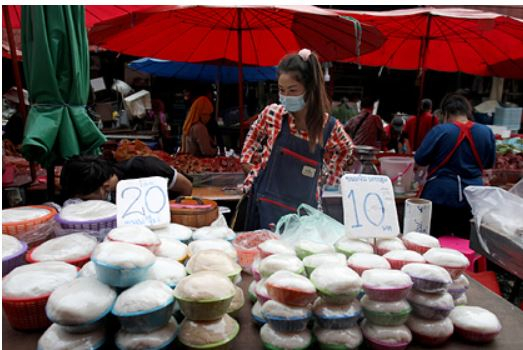 According to the Food and Agriculture Organization of the United Nations (FAO), world food prices in August rose 33 percent from last year, breaking a record in 60 years. The main reason was the increase in the cost of vegetable oil, grain crops and meat. The jump in prices was also helped by extreme weather conditions caused by global warming, with many countries experiencing unprecedented droughts. The active recovery of economies after the pandemic has increased the cost of shipping and fertilizers and disrupted supply chains. In addition, many countries faced labor shortages following the cancellation of the lockdown. Due to the depletion of gold and foreign exchange reserves, a number of states began to import fewer products.

Governments from Europe to Turkey to India are distributing food as humanitarian aid and pushing retailers to lower prices and changing trade rules to mitigate the impact of the crisis on consumers. Developing countries, where food is the main item of household expenditure, are experiencing the worst price increases. However, the authorities will not be able to cope with the situation on their own, experts say. “Governments can step in for a while and commit to maintaining lower consumer prices. But they can’t do it indefinitely, ”says Cullen Hendrix, senior fellow at the Peterson Institute for International Economics in Washington.

At the same time, governments have to deal with growing public discontent. Food inflation has sparked a series of unrest in Asia, the Middle East and Africa, while Cuba’s shortage has sparked the largest protests in decades. Alastair Smith, Senior Fellow for Global Sustainability at the University of Warwick in the UK, said it is harder for Middle Easterners to buy food now than during the 2011 protests that led to coups in Tunisia, Libya and Egypt. “Food is more expensive today than it has been for most of modern (…) history,” he said.

The global rise in food prices has also affected Russia. In June 2021, analysts calculated that food prices increased by 7.9 percent over the year. In mid-August, the Federal Antimonopoly Service promised to develop measures to regulate mark-ups on products.