One of the main attributes of New Year’s Eve is the congratulations of the heads of state to their fellow citizens.

The tradition is old, the speeches of the leaders differ little from each other. But some speakers still manage to stand out. Information portal “World of News” has collected the top of the most unusual New Year’s messages.

THE FIRST WERE THE ENGLISH

The tradition of congratulating citizens of their country on New Year’s Eve appeared in 1932 in Great Britain. King George V on the radio, since television had not yet received mass distribution, read out a congratulatory speech addressed to the citizens of the kingdom.

The first New Year’s greetings from citizens in our country were also quite unusual. On New Year’s Eve, December 31, 1935, Chairman of the Central Executive Committee of the USSR Mikhail Kalinin congratulated the Soviet polar explorers on the holiday by radio. The rest of the citizens did not receive such an honor that year.

To all residents of the country on the occasion of the New Year M.I. Kalinin turned only on December 31, 1941, during the battle for Moscow. From that moment on, the citizens of the USSR heard New Year’s greetings from the formal head of state every year for five years – until 1946. Then this tradition was interrupted for eight years.

Again, the solemn New Year’s greetings were read on the radio in 1954 by the Chairman of the Presidium of the Supreme Soviet of the USSR Klim Voroshilov. From that moment on, these performances again became a tradition.

And the first television congratulations of the head of state to the inhabitants of our country sounded only half a century ago – on December 31, 1970, although television by that time had firmly entered almost every home. Traditionally, L.I. Brezhnev read from a piece of paper, constantly moving his gaze from sheet to camera and back, which looked quite comical. In the future, this moment was taken into account, and the text was displayed on the Whatman behind the camera, so that it would be more convenient for Leonid Ilyich to read it.

By the way, after L.I. The leaders of the country did not personally congratulate Brezhnev, the famous announcer of the Central Television Igor Kirillov did it for them.

RUSSIA – THE LAND OF PARADOXES

Despite the fact that the essence of the presidents’ congratulations addressed to the citizens of the countries does not differ much from year to year, sometimes they look quite unusual, and sometimes completely shocking. Ronald Reagan and Mikhail Gorbachev were among the first in this field. On December 31, 1987, when, in the wake of international detente, a course of rapprochement with the Americans was taken, Mikhail Gorbachev addressed the US people with a New Year’s address, and Ronald Reagan congratulated the Soviet people on the New Year.

The most unusual New Year’s greetings to the residents of our country on a festive night were heard in the 1990s. In December 1991, an event occurred that is unlikely to ever happen again: Soviet President Mikhail Gorbachev resigned, and Russian President Boris Yeltsin did not fully join them. As a result, the popular humorist Mikhail Zadornov addressed the people with a festive message. He made a cheerful, life-affirming speech, but … did not fit into the allotted time. As a result, the chimes struck a minute later. It is symbolic that the 1990s were held in our country as in Zadornov’s satirical speeches. 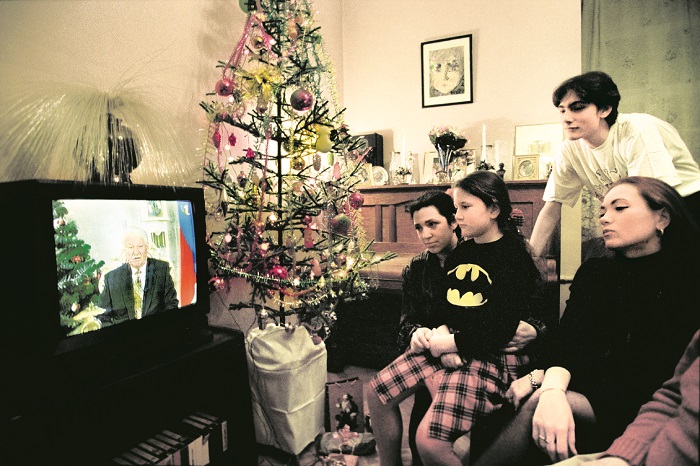 But even more Russians were surprised by 1993 – then the well-known businessman Sergei Mavrodi, the founder of the country’s largest financial pyramid “MMM”, who bought this right from one of the TV channels, made a congratulation on TV.

However, the time was then, because a year later, in his New Year’s address, Boris Nikolaevich uttered his famous words: “I made a decision. I’m leaving”.

Despite the listed unusual New Year’s greetings from the leaders of our country, there were, fortunately, no outright blunders and curiosities, which cannot be said about other countries of the world.

An unforgivable mistake on December 31, 1986 was made by German TV people. On New Year’s Eve, the ARD television channel aired the congratulations of Chancellor Helmut Kohl for the previous year. The audience was outraged. The channel management, having apologized, the next day, January 1, 1987, scrolled the correct picture.

An unacceptable mistake was made in 2013 in Bulgaria. In his New Year’s address, the head of the country Rosen Plevneliev colorfully talked about how beautiful and wonderful nature in the country is. At the same time, picturesque mountain views were shown on the screen. But not Bulgaria, but the US Rocky Mountains. Obviously, the TV people did not have an image of the beauties of their country and staged archival footage from America, not suspecting that the audience would expose them, causing a terrible scandal. But the TV channel had an opportunity to prepare for a significant speech – the congratulations were recorded, which had been agreed in advance with the staff of the Bulgarian president’s administration. 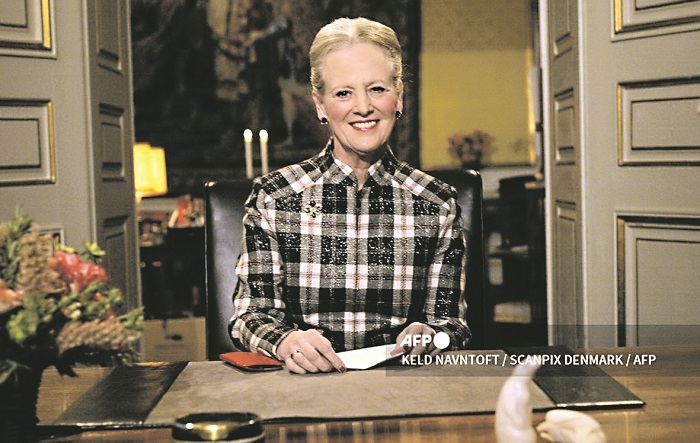 Another incident occurred due to the fault of the TV crew – in 2014, during the presidential congratulation in Cyprus, the residents of the country thought that a coup d’etat had taken place. The fact is that the congratulatory speech was delivered not by the current head of state, but by the previous one. It turned out that the employees of the TV channel mixed up the videos that were on the air.

ONE THREATS, OTHERS JOKE

Sometimes the heads of state touch upon topics in their New Year’s greetings that can hardly be called anything but shocking.

In North Korea, for 19 years, the country’s leader did not pronounce New Year’s greetings at all. Kim Jong-un decided to resume this tradition on January 1, 2013, plunging the whole world into shock with his speech. The leader of the country solemnly informed the population about the execution of his own uncle, Chan Song-Taek. At the same time, the head of the DPRK was not shy in expressions. In particular, he called his relative a traitor, a corrupt official, and also “a bastard worse than a dog.” The head of the country stressed: “Our party took decisive action last year to cleanse its ranks of the waste.” Shortly before that, Jang Sung Taek was accused of embezzling public funds that he lost in casinos, as well as other criminal acts, and then was executed. But why announce this, and even in offensive terms, in the New Year’s greetings? 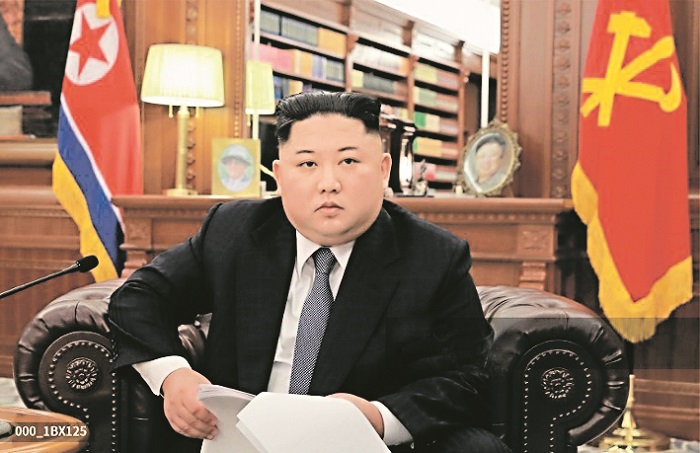 However, this is not the only such passage by Kim Jong-un. Five years later, in 2018, the head of North Korea, in his New Year television speech, threatened the United States with a nuclear strike, saying: “The entire territory of the mainland of the United States is within the range of our nuclear strike. The nuclear button is always on my desk. The United States must clearly understand that this is not a threat, but a reality. ” If ordinary Americans had heard these threats, their holiday would have been definitely ruined.

Queen Margrethe II of Denmark, fortunately, did not threaten anyone, she invited her compatriots to try “something that is not necessary, something meaningless!” And so it went down in history as a “meaningless” performance.

And the most personal congratulations to his people were remembered by US President Donald Trump. In 2018, he complained that while everyone was resting, he was working. But now he has the opportunity to rectify the situation – in the upcoming 2021, the former head of the White House will be able to relax with everyone.