Employees of the Somerville Fire Department (Massachusetts, USA) proved that they can fight not only fire, but also ice. 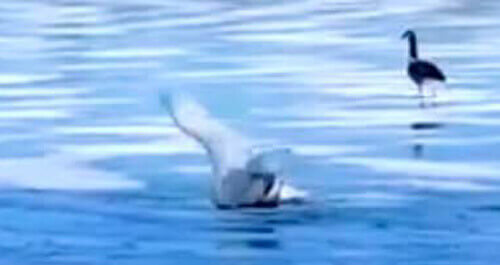 They were informed about a swan that the locals had spotted on the Mystic River. The reservoir was covered with ice, and the unfortunate bird froze. To get to the poor fellow, who was about 15 meters from the shore, the rescuers used a special sled. 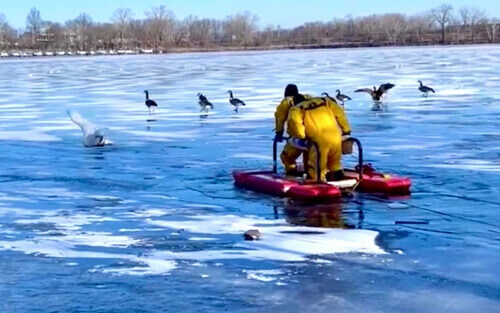 The rescued swan was first transferred to the local Animal Control Administration, and from there he went to the New England Wildlife Center – there the bird will receive the necessary assistance and treatment, after which a decision will be made whether to return the swan to the wild or leave it to live in nursery.

The driver who accidentally hit an owl, found out that his victim did not die