In our age of information, it is not a problem to find out how foreign women arrange their lives and everyday life.

But how were they represented and how were our ancestors assessed at the turn of the XIX-XX centuries? We found the answer to this question in the metropolitan women’s magazine “Hostess”, published in 1901. 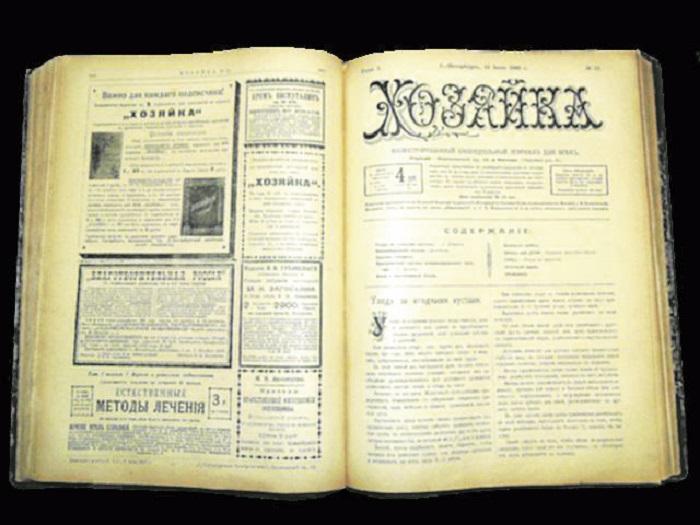 Switzerland is not only a classic country of freedom and picturesque views, it is also the birthplace of exemplary housewives.

Enter the Swiss house and you will be amazed by the exemplary order that reigns everywhere, and the impeccable cleanliness that looks at you from every corner. What surprises first of all, when you take a closer look at the home life of a Swiss family, is the absence of servants. Servants are considered an unnecessary luxury, and one should only be surprised at the skill and dexterity with which a Swiss woman copes with the many, sometimes rather difficult, duties of a mother, nanny, cook, and maid.

Cleanliness in the home is the idol worshiped by all Swiss women, without exception. The kitchen is a kind of salon, where the place of mirrors is taken by a row of brilliantly cleaned pots, pots, pans, coffee pots, etc. The more of this copper dish and the more it sparkles, the more satisfied the hostess feels. All kitchen waste is carefully removed as it accumulates, and the floor in the kitchen is not much inferior in its cleanliness to the floor of living rooms, where special attention is paid to impeccable neatness.

The staircase is the subject of special care of the Swiss owners, who take turns in the most diligent way to clean, scrub and wash all the steps, platforms, railings … the dog has committed indecency on some site – the hostess will certainly clean up and wash away the tracks so as not to hear reproaches and complaints about her address from neighbors.

What a comparison with our staircases, even in large houses, on the central streets of the capital! The steps are dirty, spattered, filled with slops that emit a smell that has nothing to do with cologne!

WOMEN OF THE CENTRAL

A Chinese woman has been living in a closed place since childhood. Of course, this only applies to women from the upper class, since all the most difficult household responsibilities fall on the Chinese woman from among the people.

She, like a slave, is overwhelmed with work, and she is not even recognized as a woman. 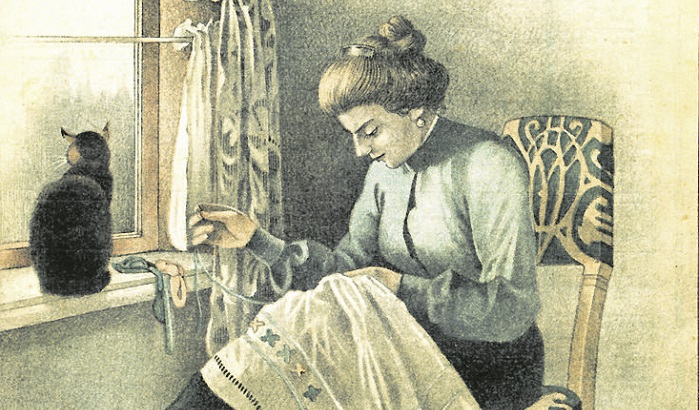 And in wealthy families, the mother and the nurse are engaged in raising the child. The mother devotes herself entirely to her son, who is her honor and pride. Chinese women consider themselves unhappy when they have a daughter. Most of the time a wealthy Chinese woman spends inactive. Sitting on an armchair, she smokes opium, which disposes her to daydreaming and helps her endure boredom.

Due to the fact that since childhood, Chinese women have tied their legs to give them a beautiful little shape, they almost cannot walk without leaning on the shoulders of their maids.

If a husband in China notices his wife’s unfaithfulness, then he has the right to kill her. Previously, they cut off their heads, but now the unfaithful wife is left to God’s judgment: she and her accuser immerse their hand in boiling water, whose hand will be burned, he is sentenced to death.

It is known that northerners, especially Swedes, have an enviable, delicate complexion. They owe this to their passion for all kinds of outdoor sports.

Thanks to the abundance of waters, rowing is thriving in Scandinavia, which women are very fond of. The favorite sport of Swedes makes them spend a lot of time on the water surface of numerous lakes – therefore, they breathe mostly clean air, which, with increased movement, penetrates deeply into the lungs, saturating them with life-giving oxygen. And who does not know that there is nothing more useful than breathing fresh air!

Scandinavians express their good mood with laughter and singing, which is always heard on the shore. Who can deny that laughing is useful, that laughter is youthful?

Particular attention is paid to the beauty of the face and body by the northerner. Public baths, like home baths, are furnished with great comfort. A resident of Stockholm takes a steam bath at least twice a week before showering. Numerous bath attendants, as well as domestic servants, perform their functions very skillfully. After the bath, the Swedes go to a shower of a lower temperature, which smoothes the harshness of the transition from the hot bath to the fresh air and prevents colds and redness of the face.

Very often, after a steam or ordinary bath, a face and body massage is applied. This is especially practiced in Stockholm – this homeland of massage. The Swedes are sure that the plasticity of forms, elasticity of movements, grace – everything depends on massage and therefore they widely use them.

The Europeans have established a view of the harem as a kind of entertainment establishment. This view, however, is completely false.

It is a misconception that all Muslim women are locked up: women in Egypt can leave their homes whenever they want – at any time of the day or night; they go to shops, bazaars, baths, public festivities, even travel alone without an escort. Women are prohibited from being in the company of men, but men are also prohibited from being in the company of women. Thus, public entertainments, balls, family evenings, etc., where representatives of both sexes freely meet with each other, are not known at all in the East.

A woman in a harem is a complete mistress, here her power is unlimited. The wife of a Mohammedan has all civil rights, can dispose of her property at her own discretion, sell it, make various commercial transactions, sue, without being obliged to give reports to anyone in her actions.

During matchmaking, they do not ask what social position the bride’s parents occupy and what dowry they give for her. Marriage, according to Muslims, is a free union between a man and a woman, a union determined by mutual sympathy, and not by monetary calculations. When asked where paradise is, Mohammed replied: at the feet of his mother.

The Qur’an says: “Take a wife for your peace of mind. You are allowed to take a second wife if circumstances require it, for example, if there are no offspring, if you do not agree in character. You can take a third wife and a fourth, but you should know – every wife has the same rights and privileges – no one should have special advantages. “

The husband has two means to change his marital status. The first remedy is divorce. Divorce in the East is not within the jurisdiction of the court, as is ours: a husband and wife are not obliged to initiate either civil institutions or the clergy into their family misunderstandings.

Usually, relatives gather to resolve marital troubles, and the family council tries to settle the matter peacefully, because divorce, although officially permitted, is considered not pleasing.

A devout Muslim, convinced that Allah does not approve of divorce, prefers, if funds permit, to take a second wife. If such an act does not please the first, then she has the right to go to relatives, taking with her all her goods.