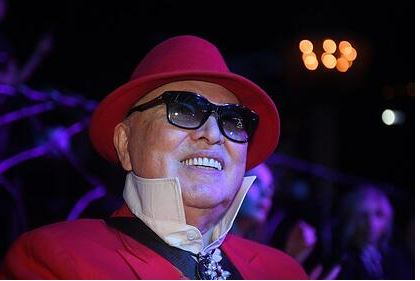 Russian fashion designer Vyacheslav Zaitsev, who suffers from Parkinson’s disease, was sent to the hospital. This is reported by the Telegram channel Star News with reference to its own anonymous source.

According to the newspaper, the designer was hospitalized in one of the Moscow hospitals after a sharp deterioration in health. It is noted that at the moment he is undergoing a comprehensive examination and treatment.

Zaitsev himself and his official representatives did not confirm this statement in any way.

In June, details appeared about the state of health of Vyacheslav Zaitsev. The designer attended a secular party that was organized in honor of the birthday of his fashion house. It was reported that he was brought to the restaurant in his arms, as he can hardly move due to illness. Zaitsev also cannot eat on his own – assistants fed the designer at dinner.

Slava (Vyacheslav Mikhailovich) Zaitsev is a Russian fashion designer, a native of the city of Ivanovo, a graduate of the Moscow Textile Institute. Sketches of the first collection, created by him for the experimental-technical garment factory of the Moscow Regional Economic Council, were published in Paris Match magazine, and Zaitsev was recognized abroad. He worked in the House of Fashion Models on Kuznetsky Most, headed the custom tailoring factory # 19.