Fadeev, who lost 127 kilograms, wrote his own weight loss program 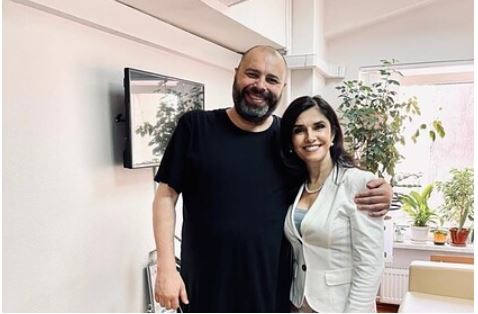 Russian music producer Maxim Fadeev, who lost 127 kilograms, wrote his own weight loss program. He told about this in his Instagram account.

Fadeev stressed that he was losing weight according to his own system, which he had developed over the years. However, the producer was assisted in this by his girlfriend, director of the Federal State Budgetary Institution “NMITs TPM” of the Ministry of Health of Russia, corresponding member of the Russian Academy of Sciences, Professor Oksana Drapkina. Fadeev said that the National Medical Research Center for Therapy and Preventive Medicine was actively involved in creating a weight loss program, relying on the patient’s own notes and observations.

Together with Drapkina and scientists from the Center, Fadeev wrote a program to combat obesity, supplemented by scientific and medical facts. “Now you can talk about it, and now it’s not just words – it’s already science!” – stressed the producer. According to him, the program “will change the idea of ​​many things.” Fadeev promised to present her soon and wished his subscribers health.

Earlier, Fadeev revealed the secret of his extreme weight loss. According to him, regular exercise, massage, Charcot douches, as well as the lack of stress from work helped him lose weight. For physical activity, he advised Scandinavian walking, squats and home exercise machines.