Lindsay Curry and her lover could only be puzzled, looking at the curiosity that appeared in the sky.

Residents of Glasgow, Scotland, not only watched the strange-looking object, but also managed to capture it on video, quickly constructing a cunning system of binoculars, which they placed in front of their mobile phone. 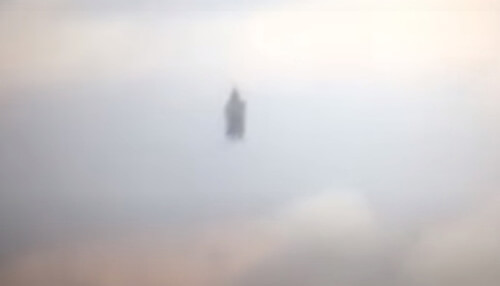 And if Lindsay herself does not know what to think about what she saw, then her boyfriend is inclined to think that a weather balloon may have flown in the sky. The shape of the UFO is surprising – the impression is that you can see the arms, legs and head. This gave many viewers reason to assume that eyewitnesses admired some mysterious flying humanoid. At the same time, it is precisely the humanoid form of the object that arouses suspicion – was it just a large decorative balloon?