Expert: Radicalization of protests can be beneficial to Lukashenka

The Belarusian protest is mostly peaceful: the opposition is committed to a non-violent change of power. However, for Alexander Lukashenko and the Interior Ministry leadership, radicalization of the protest may be beneficial. What benefit will the Old Man gain from this?

In response to the violent actions by the protesters, Alyaksandr Lukashenka may toughen the measures taken by law enforcement officers, and then say that the actions of the security forces were provoked by the demonstrators. This opinion was expressed by political scientist Alexander Alesin.

The expert did not rule out that riot police will start using rubber bullets against the protesters. And in the event of an attack on law enforcement officers, the use of military weapons is possible, the expert noted.

In his opinion, Lukashenka hopes that the radicalization of the protest will split the opposition: those who are inclined towards a peaceful change of power will get scared and leave the streets. Only those who are determined will remain. But such people are in the minority, and it will be easier to deal with them, Alesin is sure.

"If earlier they were lost among peaceful demonstrators, now they will become visible," the portal "Belarusian Partisan" quotes the expert.

If violence breaks out at the protests, the authorities may declare the opposition terrorists. After that, special forces units can be thrown at the demonstrators, continues Alesin. 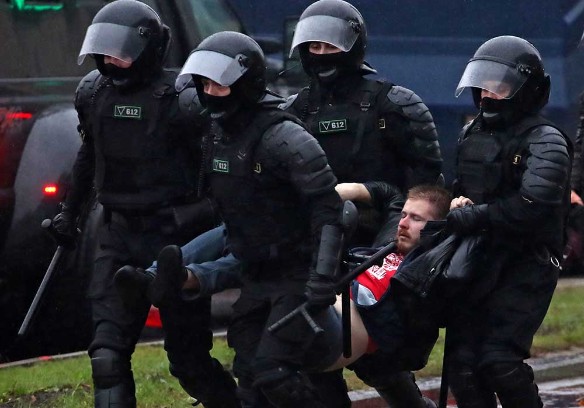 Mass protests in Belarus have been going on for more than two months. The opposition calls on Lukashenka to negotiate, but Batka does not intend to sit down at the same table with his opponents.

The European Union did not recognize the victory of Alexander Lukashenko in the elections and imposed sanctions against his entourage. The main opponent of the Belarusian leader Svetlana Tikhanovskaya was forced to go abroad.