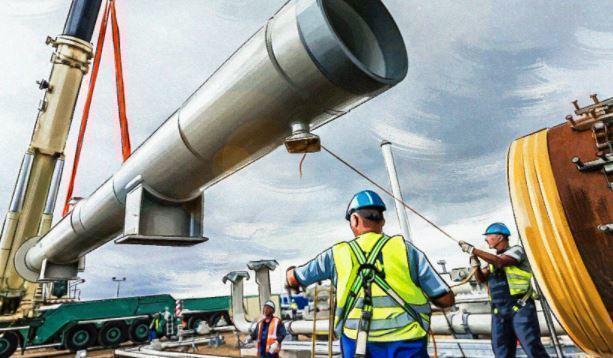 Igor Yushkov, a leading analyst at the National Energy Security Fund, called Denmark's position on the Nord Stream 2 project absurd. The expert shared his opinion in an interview with NSN.

Danish Prime Minister Mette Fredriksen proposed to reopen discussions on the construction of the gas pipeline after the hospitalization of blogger Alexei Navalny. She noted that she opposed the project initially, although in July last year, the country's energy agency allowed the pipeline to be laid.

Yushkov considers Fredriksen's position on the project absurd. The expert criticized the assurances of the Danish side that the construction of the gas pipeline would allegedly increase dependence on Russian gas. The analyst stressed that without concluding new contracts, the same volumes of fuel will go through the pipeline, only the delivery route will be new.

The specialist recalled that Denmark cannot unilaterally impose sanctions, since such issues in the European Union are resolved at the supranational level. Yushkov also noted that Denmark does not seem to him an important player in the implementation of the project.

“Denmark has issued a building permit, and it cannot take it just like that. It is necessary to substantiate the position not from a political point of view, but technically, ”the expert said.

Earlier, the Izvestia newspaper reported that a Bundestag deputy from the ruling CDU / CSU coalition of Germany, Manfred Grund, spoke about the pressure exerted on Chancellor Angela Merkel because of Nord Stream 2.