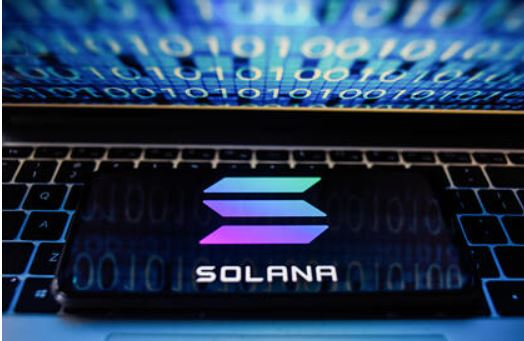 Solana’s network outage has shown that even the most popular blockchains can fail. Investors believe that this is a sign of cryptocurrency unreliability and the industry has once again confirmed its “immaturity”, writes Bloomberg.

The market capitalization of Solana cryptocurrency surpassed $ 62 billion in early September. Over the year, its price has increased by about six thousand percent. The Solana blockchain is considered the fastest in the world, and the company’s website states that on its network “transactions will never be stopped.” Many called the token the best alternative to Bitcoin and Ethereum until its blockchain crashed on September 14 – for 17 hours, the network could not process transactions.

“It [сбой] something we’ve seen time and time again in the cryptocurrency markets since they first appeared, commented Teddy Fusaro, President of Bitwise Asset Management. “And it really reflects how new the industry is and that it needs to scale.” Any fast-growing technology inevitably faces server bandwidth limitations. When developers create a new product – be it an app, a website, or a blockchain – they have no idea how popular it will become. Sometimes technology gains popularity so quickly that users literally “break” it themselves. The recent glitch is evidence found that Solana is a victim of its own success, experts say.

Despite marketing claims for the speed, security, and improved performance of digital money and its associated blockchains, at the end of the day, all of their systems rely on numeric codes – all of which are potentially susceptible to hacker attacks and technical glitches. “Developers (…) can predict and prepare for any event with advanced modeling and testing, but you can never be 100 percent sure,” said Emin Gün Sirer, CEO of Ava Labs, which created the Avalanche blockchain. Therefore, all cryptocurrency investors have to take risks – after all, when Facebook codes are faced with problems, users simply cannot publish their photos for a couple of hours, and when the blockchain codes break, billions of dollars of transactions are at stake.