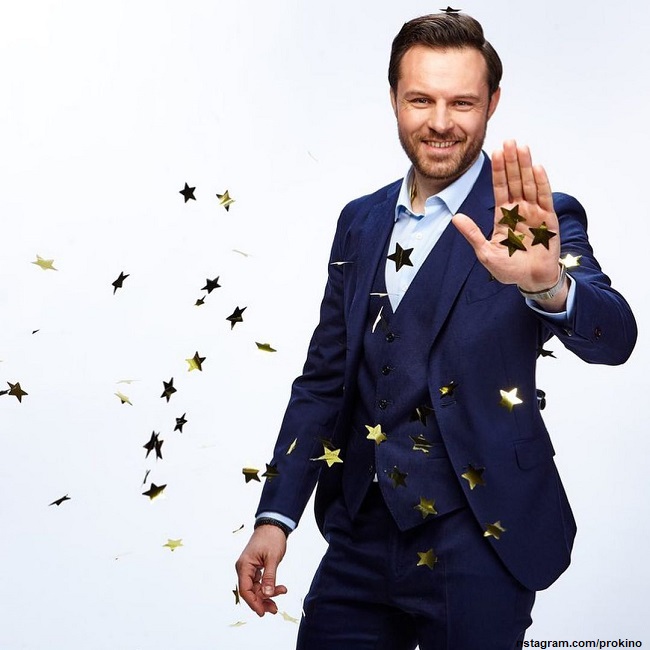 The star of the series, 40-year-old actor Evgeny Pronin shared a rare photo in which he bared his inflated torso.

Evgeny Pronin tries to make the content of his Instagram page diverse and shares what is interesting to him. For example, he talks about new films and shows, recalls funny stories, puts out touching footage with his son. But the other day the star of the series decided to show something special.

Eugene posted a snapshot that could be the best advertisement for any fitness club. In the photo, Pronin with a mysterious gaze peeped out of the door. The dark sweater was raised, as if the artist was about to take it off, but someone suddenly interfered with it. The actor’s sports torso suggests that, despite being very busy on the set, he does not miss training. The fact that underwear could be seen from under the star’s trousers added a special piquancy to the frame.

“I would like to make the world a better place, but the criminal code ... ” – the actor signed the photo with humor.

Recall that Evgeny Pronin is happily married to a novice producer Kristina Arustamova, who is 15 years younger than him. The lovers got married at the beginning of 2019, and already on December 31 of the same year, the girl gave birth to her first child. The boy was named Harry. The baby’s godparents were the couple’s star friends – actor Evgeny Stychkin and actress Elena Dudina.