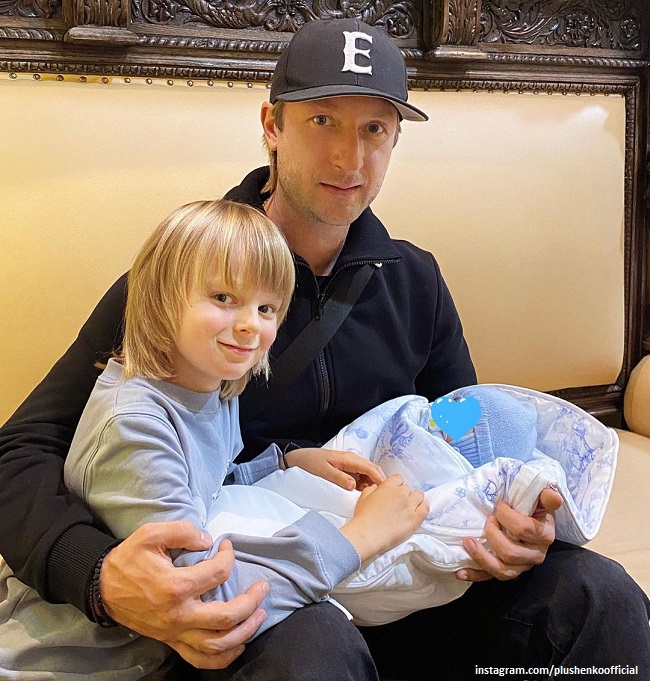 The 37-year-old figure skater and newly-made dad Evgeni Plushenko told how his life changed with the birth of his second son, joint with Yana Rudkovskaya.

"Now I have 4 sons and I am the happiest mom! Dreams Come True ! Meet this kid - Arseny Evgenievich Plushenko. 2️⃣5️⃣.0️⃣9️⃣.2️⃣0️⃣2️⃣0️⃣ 💙😇 ", Yana Rudkovskaya reported at the end of September.

In connection with the appearance of a newborn son, the life of the head of the family, Nvgenia Plushenko, also changed. "How to keep up? Wake up at 6 in the morning, at work at 7, work until 17-18 ... Then all the other things. Mom told me: "Slowly, but hurry", - said the athlete to the" Sport Express "correspondent.

The skater added that his family loves and supports him in all endeavors: “I have a faithful and beloved wife who is always with me and helps me. Beautiful sons".

"Came out with my fighters for a ride", Signed a photo of Plushenko.

The athlete from a previous marriage has a son Yegor (born in 2006), and his wife has heirs Andrey (2001) and Nikolai (2002) from a previous relationship. By the way, the other day Yana Rudkovskaya showed that she was presented to her newborn son. And a little earlier she told who helps her with her baby.