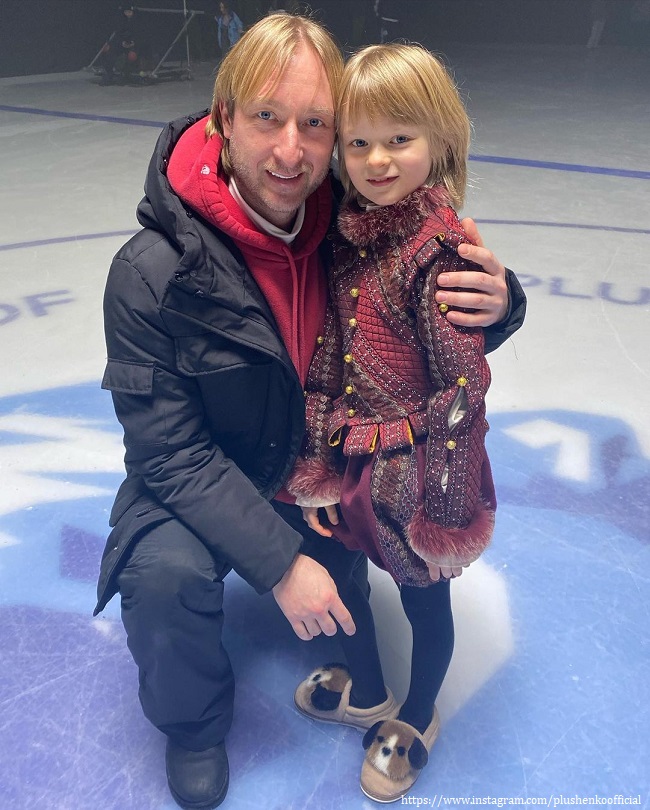 38-year-old Olympic figure skating champion Evgeni Plushenko is a father of many children. From his first marriage with Maria Ermak, he has a 14-year-old son, Yegor. In an alliance with Yana Rudkovskaya, two boys appeared – Sasha and Arseny. The eldest heir to Plushenko and Rudkovskaya followed in the footsteps of his famous father and wants to be like him in everything. Even the hairstyle of the Dwarf Dwarf, as mom and dad call him affectionately, wears the same.

Plushenko himself loves to spend time with children. The day before, he and the Dwarf Dwarf swam in the pool, and during the water procedures frolicked, playing a sinking ship. Sasha was sitting in a large plastic container, and his dad rocked him on the “waves”, creating a storm.

“Polundra!“, – exclaimed at some point the father, and the son began to throw water out of the vessel.

The “ship” of the Dwarf Dwarf did crash – the dad tilted the ship strongly, and the boy fell out of it. The family idyll of a father and son was filmed by Yana Rudkovskaya.