Eurozone will be left without multi-billion dollar aid 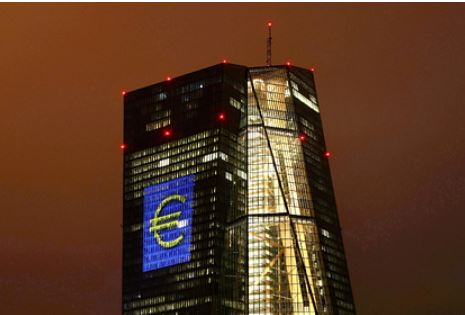 The European Central Bank will discuss cuts in monetary stimulus for the monetary union countries at a meeting on September 9. The financial regulator intends to reduce the amount of aid, as inflation in the eurozone has reached a ten-year high, and GDP growth remains stable, writes CNBC.

Market participants believe that it is time for the bank to reduce its infusion into the eurozone countries, as problems in global supply chains are increasing prices for all types of goods. Experts talk about the gradual curtailment of the Pandemic Emergency Purchase Program (PEPP), which the bank developed in March 2020. The ECB buys 80 billion euros ($ 94.5 billion) of bonds every month. After discussing the project on September 9, the amount is likely to be reduced to 70 billion euros, suggested Holger Schmiding, chief economist at the German bank Berenberg Bank.

Currently, the ECB plans to complete the PEPP program in March 2022, spending 1.85 trillion euros (2.19 trillion dollars) on its implementation. At the same time, another pandemic-related asset purchase program, known as the APP (Asset Purchase Program), will continue to operate in the eurozone, on which the central bank spends 20 billion euros (23.6 billion dollars) monthly. During the pandemic, the ECB combined both programs to better support states.

The eurozone has seen a sharp jump in inflation and has seen robust economic growth. But the outlook for the pandemic is unpredictable and still worries analysts. “It is not yet clear how positive the ECB will be, as [в Европе] worried about the delta strain, slowing growth in China, [стимулирования американской экономики] from the Fed and consumer demand issues, ”said Frederic Ducroze of the Swiss bank Pictet.

At the end of August, it became obvious to economists the need for a gradual reduction in cash injections. Last month, money in the eurozone began to depreciate rapidly, and by the end of August inflation reached three percent, rising to its highest level in 10 years. In Germany, the figure was the highest since 2008 – 3.4 percent instead of the expected two. Europe is thinking about returning to pre-crisis policies and because of sustainable economic growth in the region. In the second quarter, overall GDP growth was 2 percent. In addition, according to Eurostat, post-pandemic unemployment is decreasing in the currency union – from April to June, employment increased by 0.5 percent, which means that the labor market is gradually returning to normal.