On September 4, the UK is to carry out a death sentence against the cutest alpaca.

The animal was sentenced to death on the basis of tests that revealed he had tuberculosis. According to the mistress of the alpaca, he is healthy, the tests lie and it is inhuman to admit the murder of innocent Geronimo. This case raises doubts again about the humanism proclaimed by Europe, which has nothing against the killing and public dismemberment of “extra” giraffes, lions and other animals that it had previously tamed.

If the UK government and the country’s minister of environment and food do not overturn the High Court decision, the world could witness the death of the unfortunate animal on 4 September. Veterinary nurse Helen MacDonald from a farm in southern Gloucestershire is confident that her Geronimo is healthy as a bull, so she will not comply with the court’s decision, and when sanitary inspectors come to give the animal a lethal injection, she will show it live on social networks. There is no doubt that this promise will be fulfilled – four years, during which Helen is in litigation with the Ministry of the Environment, does not leave her a chance to be honorable in relation to those who do not want to admit the obvious, from her point of view, facts. and is ready to execute a “healthy animal”. 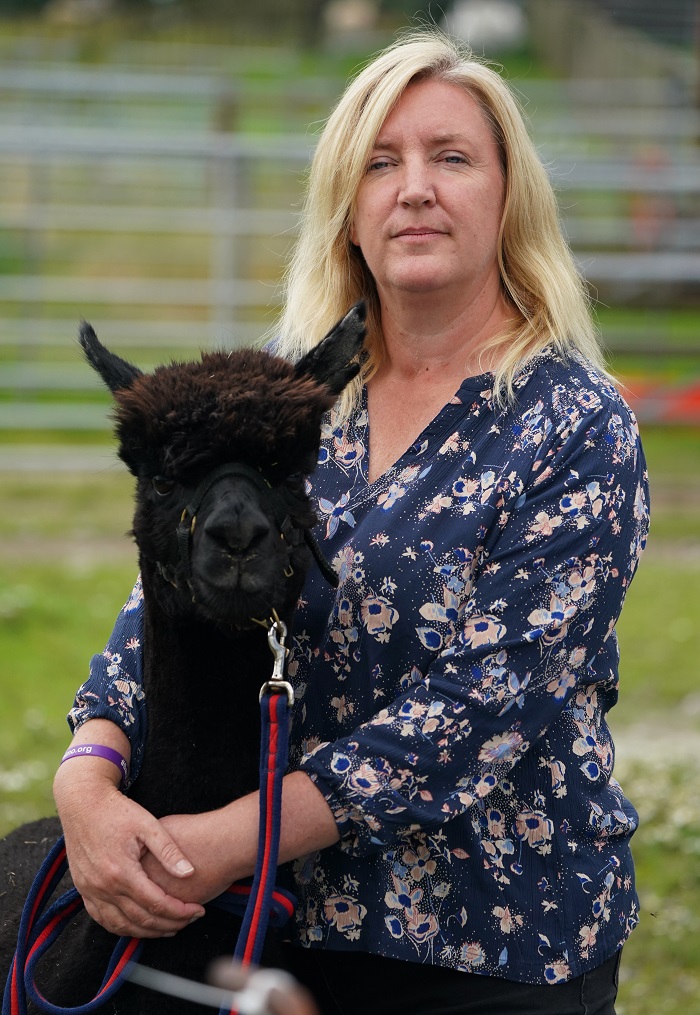 Geronimo has been in quarantine since August 2017 – since the four-year-old was brought in from New Zealand, where his bovine tuberculosis tests were negative. At the same time, two alpaca tests made already in the UK revealed bovine tuberculosis. This infectious disease can be transmitted to other animals and people, because of it, thousands of cattle are euthanized in the kingdom every year. Helen insists that the tests performed often give false positive results if the animal was vaccinated against tuberculosis before testing. Geronimo just received the tuberculin vaccine, so Ms. MacDonald is asking for more testing.

– Geronimo has no tuberculosis. It’s sad that my opponents will understand this only when he dies and they perform an autopsy, but then it will be too late, says the owner of the alpaca farm. Tuberculosis tests in cattle have never been tested for accuracy in detecting tuberculosis in alpacas, she said, so there is little evidence that this relatively new test is accurate when used on this animal.

The government, led by Boris Johnson, refuses to conduct a third test, believing that the alpaca must be killed, since its existence threatens the health of humans and cattle. The prime minister has no doubts about the effectiveness of testing, although even his father, writer Stanley Johnson, called on the unfortunate alpaca to do additional analysis. “The animal was tested after arriving in England, but that was a long time ago. A sick animal would not have lived for four years, ”he said.

Meanwhile, the slogan “The life of an alpaca matters” has already appeared in the country, and more than 130 thousand Britons have stood up to protect Geronimo. People are sure that the authorities are creating a bad precedent, which has far-reaching consequences for both animals and people, when, on the basis of unconfirmed or false positive data, a death sentence can be passed, which cannot be challenged even if the opposite is proved.

Most likely, the fate of the alpaca is a foregone conclusion. As the fate of the good-natured and quite healthy young giraffe Marius from the Copenhagen Zoo was also predetermined. Long-necked was sentenced to death on the grounds that he was born as a result of close relatives and has no right to continue to reproduce. Following the rules of the European Association of Zoos and Aquariums (EAZA), the giraffe was found to be defective. How his birth was allowed, the scientific director of the main Danish zoo in the country kept silent, but gave permission for the euthanasia of the poor fellow, and even invited the children to watch the bloody show. For educational purposes only. After hitting the head with a rod from a pneumatic pistol, the carcass of Marius was butchered in front of the amazed audience and thrown to the lions. Do not waste 500 kg of excellent meat! Middle Ages? No, just a civilized Europe of the XXI century. It’s just that Denmark, which ranks fourth in Europe in terms of the development of democracy …

Of course, there were also people in the EU who, having learned about the impending execution, tried to save Marius’s life. The public collected thousands of signatures in defense of the giraffe, a couple of European zoos begged the Danes to give them the animal, and one American millionaire was ready to shelter him in his nursery, but all the proposals were dismissed – the EAZA instruction did not suggest this. These are the European norms and rules, according to them, a poor animal cannot be transferred to another zoo or into private hands, but it can be killed.

Marius died at a young age for giraffes. Usually these animals live up to 30-35 years, and the giraffe from Copenhagen was only 1.5 years old. And during this time, Marius has already had the same emotional connection with people that Antoine de Saint-Exupery wrote about in The Little Prince. They tamed him, but no one wanted to be responsible for him, so they finished him off.

FOR GUYS ABOUT ANIMALS

In the Danish kingdom, it seems that the killing and dismemberment of animals for so-called educational purposes has become the norm. A month after the high-profile brutal murder of Marius, two old lions and two 10-month-old lion cubs were euthanized at the Copenhagen Zoo. They, as the director of the zoo said, did not have a chance to survive – the new strong male, which was supposed to be brought in, would have destroyed them anyway. It was decided to clear the field for the guest to create a new pride.

After a while, a lioness was publicly dissected at the Odense zoo. In the city of Helsingor, children were invited to a public autopsy of a dolphin found dead in the Øresund aquarium, and the Museum of Natural History of the city of Aarhus invited schoolchildren to an anatomical performance, where the assistant director of the museum showed young viewers a wolf’s lung, which she lifted with bloody hands to show how the organ is functioning. Many children turned away in horror and closed their eyes, but the show went on.

What can all these bloody zoological spectacles, which began with a “genetically defective” giraffe from Copenhagen, lead? What landmarks in the world of good and evil will form among young Europeans? Aren’t they like this: “If adults are killing animals and have brought us here, then killing animals is quite normal. What about people? “

Russians are considered barbarians in “civilized countries”, but why, against the background, to put it mildly, of the strange antics of Europeans, do we actually find ourselves much more humane? Indeed, even in a nightmare, it is impossible to imagine the public dismemberment of an animal from a zoo in Russia, although in our country there are also problems with overpopulation in enclosures.

– Ten years ago, one of the main indicators of the quality of keeping animals was their reproduction, and now on the agenda are questions of how to regulate this reproduction and where to put excess livestock. The zoos are full of lion cubs, bears, deer … They touch, attract the public, but grow up quickly. It is difficult for them to find a new home, – said Svetlana Sokolova, director of the Kaliningrad Zoo. – We had a similar situation with lions, as in Copenhagen with lion cubs who were killed, making room for a stronger predator. No one could take our born male and female – in Russia there are slightly more than sixty zoos, but not everyone has conditions for keeping lions. Baby Alex grew up, and the adult male was chasing him. We put Alex away, and the chief zoologist phoned zoo after zoo, offering to take the lion for free. As a result, we sent him to the Tashkent Zoo at our own expense …

It is shameful to offend, let alone kill, younger brothers. In the wild, animals can fight for their existence, and unfortunate animals born in Danish and other European zoos, it turns out, are doomed to death in advance. The famous Fox phrase from “The Little Prince” “we are responsible for those we have tamed” breaks down on merciless European instructions that allow you to cut off the head of a zoo inhabitant or euthanize an alpaca who may have tuberculosis.