Europe will stop giving money to the planet’s polluters 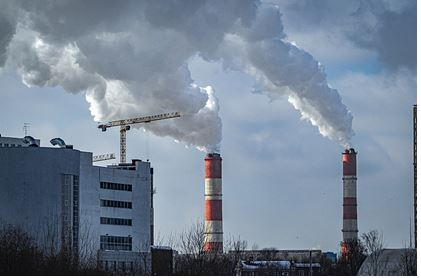 The European Investment Bank (EIB) will stop giving money for the development of clean energy to oil and gas companies that pollute the planet from 2022, writes The Guardian.

“In general, the EIB will no longer fund standard low-carbon projects of corporations with high emissions if the corporation continues to operate or invest in activities that do not meet the goals of the Paris Agreement,” said the organization, whose decision is likely to affect about 50 companies and government agencies. authorities, or 10 percent of loan recipients. Customers will henceforth be required to provide decarbonisation plans.

The Paris agreement, which the EIB refers to, provides for keeping the global temperature rise at 1.5-2 degrees Celsius relative to pre-industrial levels, for which it is necessary to achieve zero greenhouse gas emissions, including by eliminating fuel with high carbon dioxide emissions. In a bid to become a climate bank in 2019, the EIB, the financial arm of the European Union (EU), has already banned the financing of fossil fuel projects. However, loopholes remained for oil and gas companies to obtain money to develop wind energy without abandoning traditional energy sources.

The EIB, suggests The Guardian, is unlikely to immediately stop issuing loans to dozens of clients. Instead, a great deal of attention will be paid to the decarbonization strategy. Other banks seeking a loan from the EIB will be required to follow the standards set by the Climate Financial Disclosure Task Force.

A coalition of nongovernmental organizations formed to monitor the EIB’s activities, Counter Balance, warns that borrowers need to develop science-based climate targets and clear plans to reduce emissions within three to five years. Commitments for fossil fuel companies should be even stricter, including phasing out coal by 2030, natural gas by 2035, and switching to renewables by 2040 at the latest.

The EIB announced a change in its policy ahead of the UN climate summit, which will take place in the UK from 31 October to 12 November. During the meeting, countries are expected to take on more ambitious carbon neutrality targets.

The UK, meanwhile, may oblige businesses to provide a detailed roadmap to achieve carbon neutrality by 2050. The innovation will first affect large companies, and the authorities will consult with the rest.

Glasgow will host the UN Climate Summit from October 31 to November 12, during which member countries are expected to present updated targets for reducing greenhouse gas emissions.