Europe wanted to stock up on gas 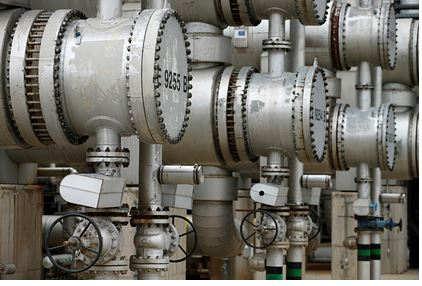 The European Commission wanted to study the issue of creating a mechanism for general purchases of gas to replenish the strategic reserves of the European Union. It is noted that the issue will be submitted to the EU summit at the end of October, TASS reports, citing a European diplomatic source.

The diplomat said that the European Commission plans to present a package of measures to combat the energy crisis. It will include short-term targeted measures to support energy consumers, and will also allow European countries to discuss the possibility of creating a mechanism for common gas purchases to replenish their strategic reserves. The discussion of these issues will be submitted to the EU summit, which will be held from 21 to 22 October 2021.

According to the diplomat, the common mechanism for purchasing gas and monitoring gas reserves of the European Union should have a tool for balancing prices. “The purchase of gas to replenish reserves should be carried out during periods of lower market prices,” the source said. At the same time, all the recommendations of the European Commission do not go beyond the framework of the EU climate agreements on the transition to an economy with zero emissions of harmful substances by 2050.

It is noted that for the EU countries the practice of concluding long-term contracts for the supply of pipeline gas at fixed prices from Russia, which was previously widespread, “is not included in the toolbox” that will be presented at the summit. According to the diplomat, the European Commission will not recommend EU members to return to this system. Long-term contracts for the supply of gas, according to the European Commission, complicate the work of the free European market. However, this does not prohibit the EU countries from independently concluding such contracts with Russia or other suppliers. The final decision on the combination of energy sources used will be made by the governments of the EU countries themselves.

The head of the European Commission, Ursula von der Leyen, said that the energy crisis in Europe arose due to the slow transition to green energy. Wholesale gas prices have nearly doubled from last year, while renewables have fallen in price in recent years, she said. Von der Leyen has pledged that the EU will invest a trillion euros in sustainable energy by 2030.

Western countries have previously blamed Russia for the energy crisis in Europe and the United States. US Congressman Michael McCall said that Moscow allegedly provoked a surge in gas prices by restricting supplies to the European market, and called on the United States to impose new sanctions against the Nord Stream 2 gas pipeline.