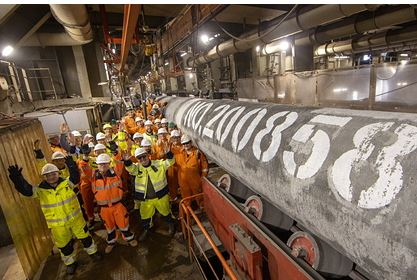 The gas pipeline’s European partners could become the owners of Nord Stream 2. In this case, the project would comply with the European Union (EU) gas directive, thus bypassing the restrictions on the pipeline. This method was found by analyst Daniel Chizhevsky, writes RIA Novosti.

As Chizhevsky said on the air of Polish Radio, a conglomerate of European Union companies participating in the project, in particular Royal Dutch Shell, OMV, Engie, Uniper and Wintershall, could become the owner of Nord Stream 2, which would give “some field for maneuver “.

At the same time, the analyst called this scenario “an extreme option.” According to him, Gazprom expects that the last instance, represented by the German Constitutional Court in Karlsruhe, will agree to withdraw the pipeline from the jurisdiction of European Union legislation. At the same time, Chizhevsky recalled that the opponents of Nord Stream 2 will hardly be able to prevent its opening.

On September 10, the head of Gazprom, Alexei Miller, announced the completion of the construction of Nord Stream-2. The gas pipeline’s capacity will be 55 billion cubic meters per year. Two lines of the object, each 1234 kilometers long, will run from Russia to Germany along the bottom of the Baltic Sea. Before commissioning, the gas pipeline is to undergo certification. Russian Foreign Minister Sergei Lavrov admitted that the procedure will take several months and will be completed in early 2022. On October 4, the first string of the Nord Stream 2 gas pipeline began to be filled with gas.