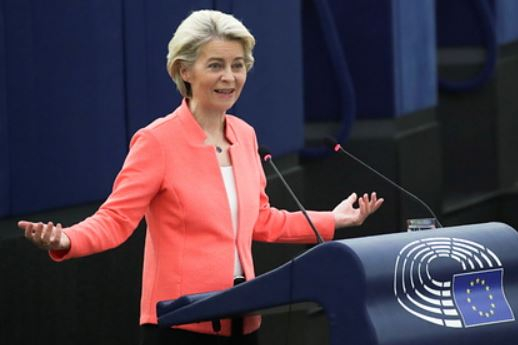 The EU has decided to invest 750 billion euros ($ 887 billion) in digital technology. This was stated by the President of the European Commission Ursula von der Leyen in her address to the European Parliament on September 15, writes Bloomberg.

As part of a multi-billion dollar project, the EU is investing in blockchain (a structure for recording cryptocurrency transactions), information infrastructure of countries and high-performance computing. With the help of investments, the Commission intends to push the members of the block towards the development of high technologies and the production of semiconductors.

During the pandemic, the world was swept by a global chip shortage that hit several sectors of the economy, including forcing automakers to cut or stop production. The commission did not disclose details on how the funds will be allocated between technology industries.

Over the next 10 years, officials plan to financially support other related areas – 5G communications, digital innovation and the secure quantum network (a communication network that protects transmitted data using the fundamental laws of quantum mechanics). In addition, the EU is also investing in the digital skills of Europeans amid strong technological advances.

In addition, in the summer, Europe took the first steps towards the digitalization of the euro. The European Central Bank said that in the era of the proliferation of virtual currency, the population should have easy access to safe money. According to forecasts of the Central Bank, the development and distribution of the digital euro will take about two years. The organization said that mining such money would be much more environmentally friendly than producing other cryptocurrencies, since it would consume much less electricity.