Such a name in legal use was given to people who, not being the owners of a dwelling, still have the right to use this dwelling indefinitely. And nothing can be done with them.

This is how the law protected the rights of those who at one time refused to privatize housing in favor of their relatives. All attempts to get rid of the eternal tenants in court were unsuccessful. Although in this way the legal rights of citizens were violated. It is only recently that the judicial practice in cases of their eviction has become more flexible.

LET’S LEAVE AND TAKE OUT THINGS

A resident of Saratov, Tamara V. in 2010, married a visiting guy Ivan. I registered it in the municipal apartment where I lived with my mother. A year later, the family decided to privatize their square meters.

According to the Law of the Russian Federation “On the privatization of the housing stock”, everyone who is permanently registered (registered) on this living space has the right to purchase housing free of charge. Tamara’s husband nobly (so it seemed then) agreed that the house should be transferred to the property of his wife. How else? After all, he is a stranger, he had no rights to this apartment. Tamara’s mother also refused in favor of her daughter. So Tamara became the only owner of a spacious kopeck piece.

The couple’s family life did not work out, and in 2018 they divorced. Ivan left the apartment, but did not check out. In 2019, after the death of her mother, Tamara decided to sell the apartment. Alas. It turned out that you can only sell it … together with Ivan. That is, the new owners had to come to terms with the fact that they were buying housing where a stranger was registered. Naturally, this option did not suit anyone.

Tamara found her ex-husband (he already had a different family) and demanded that he be discharged from her apartment. The ex-husband not only refused her, but also threatened to move into Tamarin’s apartment legally. And even bring a new wife and children, because he is registered there!

The woman had no choice but to go to court herself with a claim to evict Ivan and remove him from registration. In her statement, she referred to Part 4 of Article 31 of the Housing Code of the Russian Federation, which states that in the event of termination of family relations with the owner of the living space, the right to use this living space for the former family member is not retained. And the loss of the right to use automatically entails the removal of the former family member from registration.

In addition, in the statement of claim, Tamara indicated that the ex-husband has not lived in her apartment for a long time, left and took out all the things, does not bear the cost of maintaining it. These facts were confirmed by the testimony of neighbors, receipts for payment of utility bills, where Tamara was the payer.

Despite the obviousness of the situation, the court of first instance rejected Tamara V.’s claim. The grounds for this decision were the norms of the Federal Law No. 189-FZ “On the Enactment of the Housing Code of the Russian Federation”. Article 19 of this law provides that the effect of part 4 of Article 31 of the RF LC does not apply to former family members of the owner of the privatized dwelling, if at the time of privatization these persons had equal rights to use this dwelling with the person who privatized it. And since Ivan was registered in Tamara’s apartment, he had an equal right to privatization with her. Therefore, the termination of family relations with the owner (Tamara) does not entail for him the loss of the right to use the apartment. 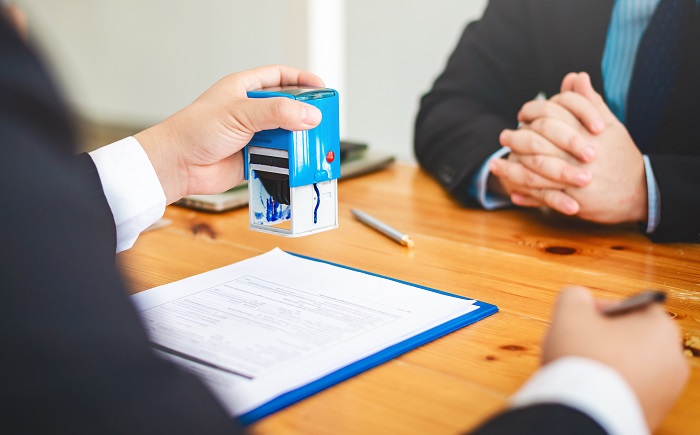 THE RIGHT CAN BE TERMINATED

Let’s make a small digression. The “protective” norm of Article 19 of Federal Law No. 189-FZ was not introduced by chance. Thus, the legislator protected the former family members of the owner from forced eviction to nowhere.

For example, a husband and wife have been waiting for an apartment from the state for 20 years. Got. We decided to privatize. The wife gave her consent to the registration of the apartment in the ownership of her husband – for her it was a formality. Then something went wrong and the couple divorced. Without the restrictions imposed by the article, the homeowner would have the right to throw his ex-wife out of the apartment.

But situations are different – as in the story with Tamara V. Disagreeing with the decision of the district court, the woman appealed against it in the court of appeal. Considering this case, the Saratov City Court studied its circumstances more deeply, and also took into account the recommendations of the Supreme Court on similar claims. And especially those contained in the ruling of the Supreme Court of the Russian Federation of February 4, 2014 No. 46-KG13-6. 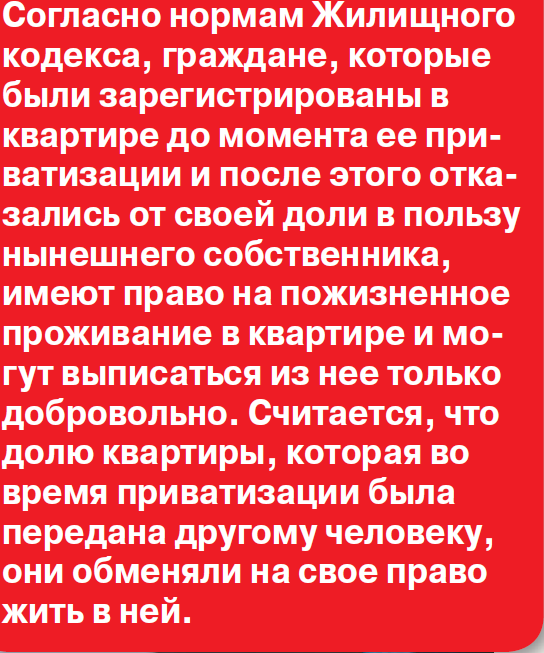 This definition can be considered revolutionary, because the Supreme Court gave a slightly different interpretation of the law enforcement practice for the eviction of former family members of the owner.

Firstly, in relation to such citizens, the Supreme Court of the Russian Federation recommended using the analogy of law, or, more precisely, the norms of the Housing Code concerning the eviction of tenants under social tenancy agreements. In particular, we are talking about the cases provided for by Article 83 of the Housing Code of the Russian Federation: eviction in connection with departure to another dwelling.

Secondly, the Supreme Court emphasized that article 19 of Federal Law No. 189-FZ refers to the former members of the owner’s family who live in this dwelling. If the person left, he thereby renounced the right to use this housing for an unlimited period of time.

Thirdly, the Supreme Court indicated that the absence of a citizen who has voluntarily left a dwelling for another place of residence, the right to use a new dwelling cannot be the basis for recognizing the absence of this citizen in the disputed dwelling as temporary. The Supreme Court recommends not to associate the retention of the right of perpetual use for the former family member with the lack of the right to use another apartment.

In the course of consideration of Tamara’s complaint in the court of appeal, the plaintiff was required to prove that her ex-husband had a different place of residence, although he was not registered there. I had to look for witnesses who could confirm this fact.

The neighbors who live in the same house with their ex-husband came to the rescue. Based on their testimony, the Saratov City Court overturned the decision of the first instance court. The case was sent for a new trial, and this time the decision turned out to be in favor of Tamara V. The District Court ruled to terminate the defendant’s right to use the disputed residential premises and to remove it from the registration register at the place of residence. This is how the story of the eternal tenant ended.

Russia is a country of legal excesses. It is clear that such an approach to cases of eviction of former family members of the owner can hit people who have no yard. And all whose fault lies only in the fact that, having once renounced the right of privatization in favor of their household members, they have become unwanted tenants for ex-wives or husbands.

And here it is not out of place to turn again to the recommendations of the Supreme Court. In the ruling of February 4, 2014, the court refers to paragraph 32 of the ruling of the Plenum of the Supreme Court of the Russian Federation dated July 2, 2009 No. 14 “On some issues that have arisen in judicial practice when applying the Housing Code of the Russian Federation.”

According to these clarifications, when deciding on the eviction of a citizen from the dwelling, the courts need to clarify a number of circumstances, namely: for what reason and for how long is the defendant absent from the dwelling? Is his departure forced (conflict relations in the family, divorce), voluntary, temporary (work, training, treatment, etc.) or permanent (took out his belongings, moved to another settlement, entered into a new marriage)? Were there any obstacles to his use of the dwelling by other tenants? Has the defendant acquired the right to use another dwelling in the new place of residence? Etc.

As you can see, the Supreme Court encourages the judges to examine more thoroughly all the circumstances of the case on the eviction of permanent residents, take into account specific situations and, as they say, do not cut from the shoulder.