A woman named Rey was preparing to move in and temporarily moved her pet python to another enclosure. This is what a resident of Bozeman (Montana, USA) considers the reason for what happened next. 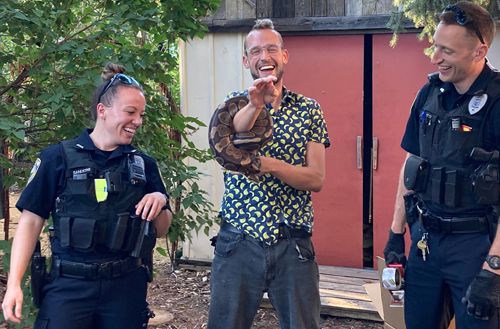 Once inside the temporary enclosure, the snake became curious and managed to slip away to explore the suddenly changed world. Realizing that the pet was not in place, Rei was more worried not even for the python, but for people who might find a large snake and be frightened a lot. Fortunately, nothing of the sort happened. Five days later, Rey, who was still moving, was contacted by her former flatmate. A man named Miles said that the python showed up in a nearby house, he found shelter in a garden pot. The homeowners went to the police, and the officers not only removed the reptile from the pot, but handed it over to Miles. 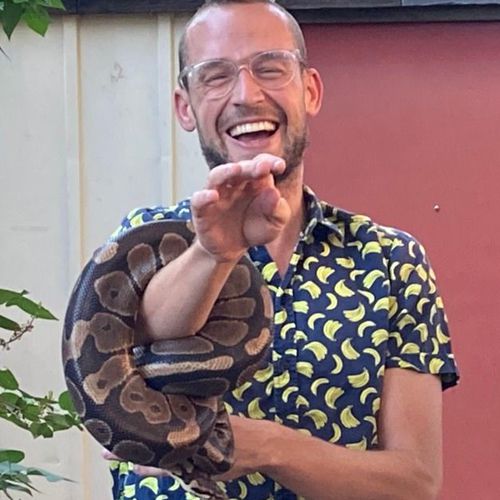 Now Miles temporarily looks after the python, waiting for Rey to finally settle down in a new place and take the pet to a permanent home.

The snake coveted a piece too big for her mouth