Elusive Russian "Poseidon"… Why is the United States so afraid of a nuclear strike from the depths04 August, 16:30

Theoretically, the US Navy can destroy the "nuclear torpedo", but it requires a lot of effort. In the meantime, Russian modern underwater weapons are considered one of the best in the world and are a source of much concern to the NATO military. No wonder the US military are looking for ways to stop Poseidon and find its carriers.

Special military equipment, whose tasks include the search for and destruction of enemy submarines, in Russia and the Western countries is significantly different. Russian "submarine hunters" are large anti-submarine ships of project 1155, frigates 22350. Smaller ships also have anti-submarine weapons, but they are rather auxiliary, since patrol ships do the work simpler, there is no need to load them with heavy weapons - instead of heavy missile systems there helicopters with special weapons are deployed. NATO's submarine hunters are structured differently, but are generally similar to Russian anti-submarine ships. The ships of the alliance (most often frigates) are armed with torpedo tubes and can use them either independently or after the target is "illuminated" by an anti-submarine aircraft.

The US Navy has a specialized fleet to search for Russian submarines in the world's oceans. All the latest submarines (including carriers of nuclear weapons) are equipped with state-of-the-art tracking stations that can determine the type of submarine at a particular point in the ocean by the noise of propellers. In addition, the Arleigh Burke frigates, the Ticonderoga cruisers, special helicopters and anti-submarine aircraft are equipped with anti-submarine weapons. The entire military machine of the United States and NATO is aimed at detecting Russian submarines at the X-hour before the latter can rise to the depth of launching ballistic missiles and give a response, the last salvo in World War III. But all this worked only BEFORE the appearance of the deep-sea vehicle Poseidon. After the existence of this weapon (still under the designation "Status-6") was learned in the West, it became obvious that the entire American fleet would have to be rebuilt. 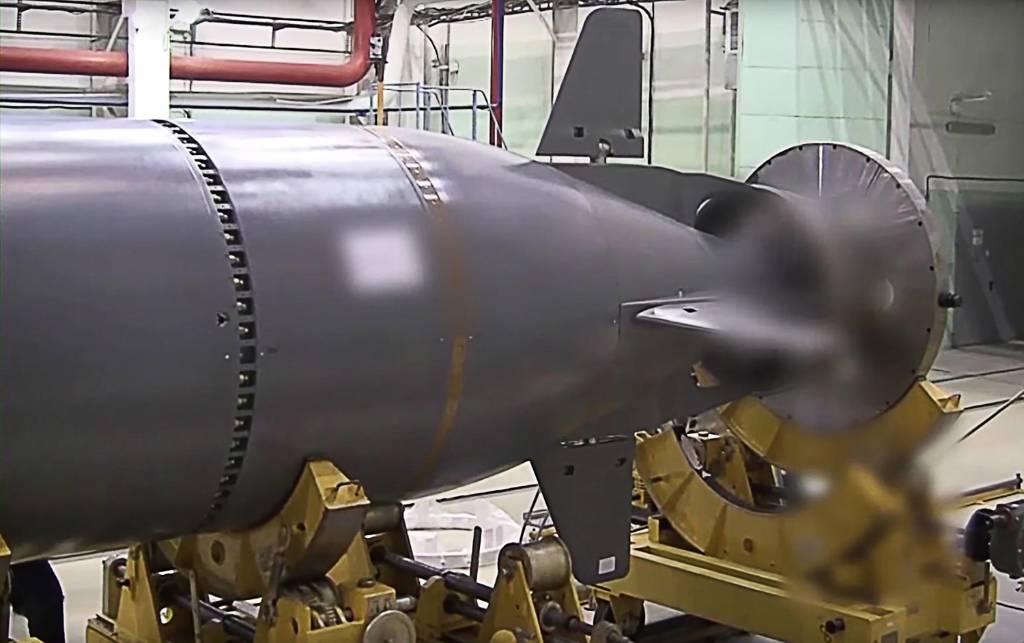 Strictly speaking, the use of Poseidon in the event of a nuclear war can be divided into two stages. The first is the destruction of NATO fleets in European ports (Bremerhaven, Sicily, Naples, Rota and others). Former deputy commander of the combat unit on the project 941 Akula submarine TK-202 Yevgeny Pushkov notes that with the advent of Poseidon, the task of the Russian Navy has become much easier.

In addition to the fact that objects such as radars and missile interceptor missile positions of the missile defense system have long been mapped and marked for a possible strike, the use of Poseidon from aboard submarines significantly increases the probability of guaranteed destruction. On a European scale, a two-megaton explosion can turn an island like Sicily into dust

Former deputy commander of a combat unit on a submarine cruiser

It is important to stop here and explain something. Although the US hydroacoustic anti-submarine system is spread over a large area in the Atlantic and Pacific Oceans, and reconnaissance satellites and reconnaissance ships know by heart the routes for Russian submarines to move into the sea, the ability of American sailors to "accept" submarines for escort is greatly exaggerated. The first time this was proved by the Soviet submarine K-324, which was in the exercise area of ​​the US fleet in the Sargasso Sea for a couple of days, several more military campaigns to the shores of a potential enemy were carried out in the 90s in order to confirm the possibility of a retaliatory nuclear strike.

In none of these cases were nuclear-armed submarines on board found, although nearly $ 25 billion was spent on the creation of the SOSUS (sonar tracking system). If we put all the circumstances together and reflect on the noise of the submarines, then a natural question arises: is it possible to intercept the carrier submarine of the Poseidon deep-sea vehicles?

It is believed that the crew of a Russian submarine passing through the tracking system has several methods at their disposal to deceive American microphones underwater. The first method is intensive "acceleration" under the cover of a cargo ship and "skipping" of the train with microphones at idle speed. The second way is an emergency ascent in the same mode, a kind of "jumping over the barrier". The third and most likely method is to dive to maximum depth and pass the "safety barrier" between the surface and the underwater part of the system. Former commander of the tracking group on the project 941 Akula TK-13 submarine, Vitaly Tatyanin notes that modern Poseidon carriers are no longer huge submarines, the noise of which was heard immediately after the propellers were launched.

Absorption materials, new types of reactors, even the propellers of special-purpose submarines are made of different materials. Not the same as production ships. All in order to deceive the US Navy tracking system, in the database of which there is a profile for each type of submarine. But the boats of the "underwater special forces" of the Navy cannot be traced. They are not in the profile, their noise is much lower, so they may well ascend off the coast of California, somewhere 10 kilometers from Los Angeles or New York

Submarine officers note that the only and guaranteed way to defeat Poseidon is to sink the "nuclear torpedo" along with the carrier submarine. However, getting to the unique submarine is not easy - even in the American sonar systems of the previous generation, there were a number of problems due to which carriers of cruise and ballistic missiles of the Russian Navy successfully "walked" to the shores of America and back. Another option is to intercept Poseidon itself at the moment when the drone received the command to launch and is moving towards the target.

But here the American sailors face a purely physical problem. The speed of a conventional torpedo in water is 60–70 knots (approximately 130 kilometers per hour). The Russian torpedo "Shkval", for which the CIA and the main intelligence department of the US Navy have been hunting for the drawings for a long time, accelerates in the water column to 350 kilometers per hour. Poseidon is a little slower. It is known that at a depth of one kilometer, the device can accelerate to a speed of 200 kilometers per hour. But here it is important to consider the purpose of the two ammunition. Shkval is a melee tool, like a fine sharpened rapier. The range of the "Shkval" by modern standards is small - about 15 kilometers.

"Poseidon" can reach its target from a distance of 10 thousand kilometers, which means that a dozen charges can be laid somewhere off the coast of Africa or between Australia and the United States without the risk of being discovered and destroyed. The mathematical probability of interception in such a situation will remain, but will continue to tend to zero, since to enter the area of ​​the proposed launch, detect and then destroy a group of five or seven Poseidons, going to the target at a kilometer depth, modern Navy with clumsy submarines unable.