Homeowners from Breckenridge (Colorado, USA) were frightened when an elk ended up in their basement. 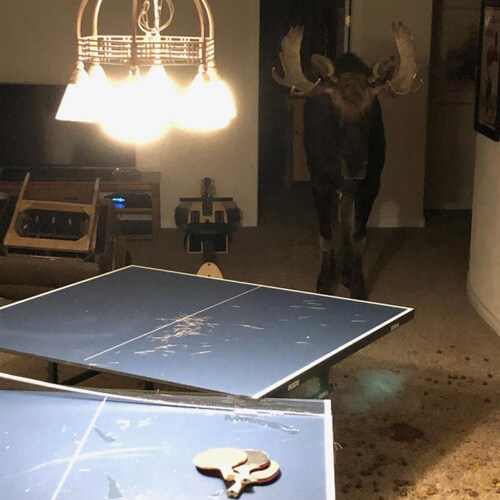 It turned out that the animal was walking around the yard and, by an unfortunate accident, fell through the window leading to the basement. 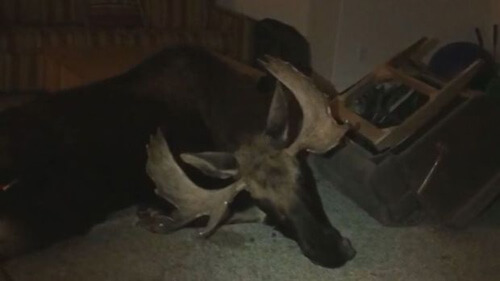 Representatives of the wildlife department arrived to help the moose, but the rescuers realized that it would not be so easy to get the animal out of the basement, because the captive categorically refused to climb up the stairs. 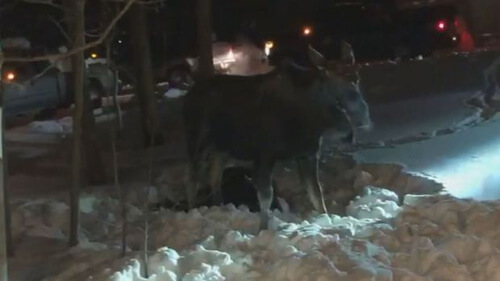 Then it was decided to euthanize the moose with a tranquilizer and simply take it out into the street, after sawing off its antlers, so as not to damage the interior of the house. 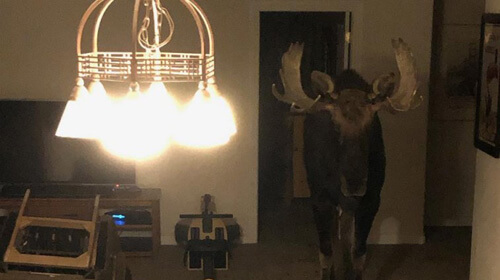 The awakened animal was released into nature. As for the lost antlers, the elk would have shed them anyway from day to day in order to grow new ones in the spring.