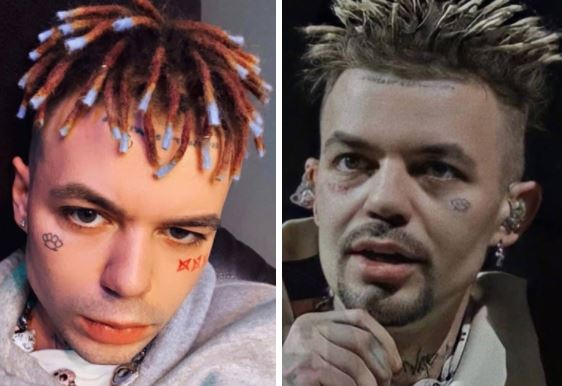 The appearance of the Russian rapper Aljay (real name – Aleksey Uzenyuk) horrified the fans. The corresponding photos and comments appeared on the VKontakte social network.

The paparazzi captured the 27-year-old musician performing at a concert of his colleague, pop singer Fyodor Insarov, better known under the pseudonym Feduk. In the footage posted, they hug each other and sing songs together.

Fans drew attention to Aljay’s aged face. The footage shows that the rapper has lost a lot of weight, while his skin has become pale, and bags and bruises have appeared under his eyes. He also grew a beard.

“I thought I had sacks in the morning. It’s like some kind of grandfather “,” Really kapets “,” Why does he look 45 years old? ” And he’s very pale. I hope this is not related to bad habits “,” Ivleeva sucked all the energy out of him, now he is looking for a new one, “netizens said under the posted pictures.

In September, Aljay was accused of stealing the appearance for a video from a foreign rapper. Users noticed the similarity of the images of the Russian singer with the appearance of The Weeknd, who starred in the video for the track Save Your Tears and was published on YouTube in January. In the music video, he sings a song at a party with a similar face.