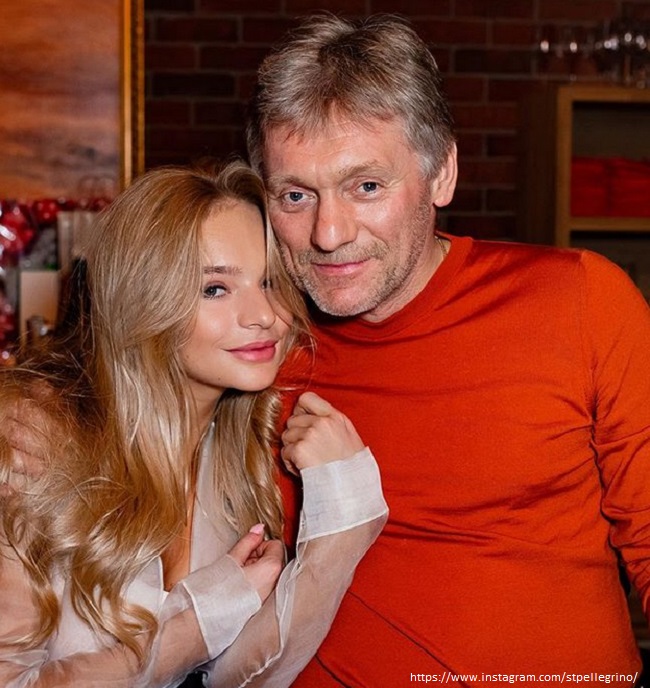 Lisa was born in the marriage of the press secretary of the President of Russia Dmitry Peskov and Ekaterina Solotsinskaya. The couple have two more sons: Mick and Denis. The marriage of Catherine and Dmitry broke up in 2012, and then Peskov married Tatiana Navka. Lisa made friends with her father’s new chosen one.

Now the mother of the birthday girl with tenderness congratulated her daughter on her birthday. Solotsinskaya showed surprisingly touching footage of a newborn girl with her father. Young Dmitry with indescribable delight looked at the charming little daughter, who had just been born. Peskov held the baby by the tiny handle and looked happy.

Ekaterina showed several more archival footage. Little Elizabeth, together with her father, was enthusiastically reading the book. The baby seems to be a copy of her mother, who is now 45 years old.

After parting with Dmitry Peskov, his ex-wife moved to live in France, where she took up charity work. Now the ex-wife of the press secretary of the President of Russia is meeting with lawyer Andrei Grigoriev.

Dmitry Peskov has three official marriages behind him, in which five children were born – three sons and two daughters. For the first time, the diplomat married Anastasia Budyonnaya, the granddaughter of the famous marshal. In this union, the son of Nikolai was born. However, the young woman could not live in Turkey, where at that time Peskov worked at the embassy. The second wife of the man was Ekaterina Solotsinskaya.