Elena Vorobei is afraid to jinx her wedding 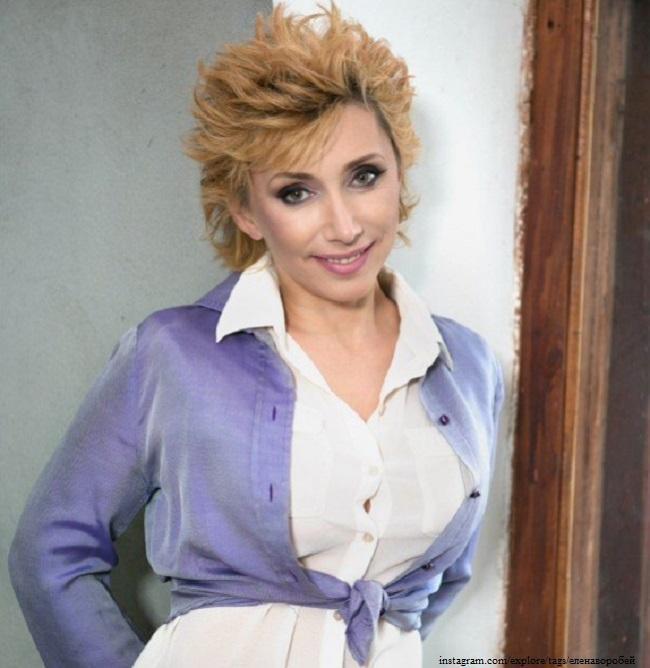 Actress Elena Vorobei admitted why she keeps her wedding a secret.

The artist continues to intrigue fans with stories about preparations for a secret wedding. The artist basically does not say on what date the celebration is scheduled. The parody star is afraid of the evil eye and troubles that can disrupt the planned event. Most recently, she almost lost her groom because of the covid, and now another member of the Sparrow family is seriously ill. Elena sees alarming signs in this.

The fans learned that Elena became a bride for the fourth time in November last year. Then she appeared in public with a massive ring on the ring finger of her right hand. It turned out that the artist received a marriage proposal. She evasively answered journalists’ questions about her chosen one, who presented a special decoration. Some even thought that Sparrow just decided to remind about herself in this way. Like, she came up with a story like Anastasia Volochkova with her secret boyfriend. Soon everyone was convinced that the artist did not deceive and really bathed in the attention of her secret groom.

About a week after the announcement of Sparrow’s engagement, the identity of the man who would become the artist’s new husband was declassified. It turned out to be Sergei Evtukhovich. He is three years younger than his beloved and avoids publicity. It is known that he was previously married. In a previous marriage, he had two children. Sparrow easily found a common language with the groom’s adult son and his teenage daughter.

They say that when choosing a bride, Evtukhovich paid special attention to the attitude of his children to what was happening. Sparrow, by the way, it was also important that her 17-year-old daughter Sophia, whom she gave birth to in a relationship with a married businessman from St. Petersburg, gave the go-ahead for this union. Since the proposal has already been made, it means that the younger generation blessed the lovers.

More recently, Sparrow could have lost her groom. The chosen one of the celebrity suffered a very severe coronavirus infection. Doctors could not bring down the temperature and only by some miracle saved the patient’s life.

“I did not tell anyone and he did not inform anyone, not even his family. Because we were very worried“, – said Sparrow in the show” You Won’t Believe It! ” on NTV.

Elena left her lover and now everything is fine with him. But Elena’s father is in a dangerous state. As it turned out, Yakov Movshevich was hospitalized due to heart problems. The artist explains to reporters that she monitors his health especially carefully. It is clear that until he was discharged from the hospital, there is no talk of organizing a wedding. The sparrow, who lost her mother five years ago, really wants her closest and dearest people to attend the celebration.