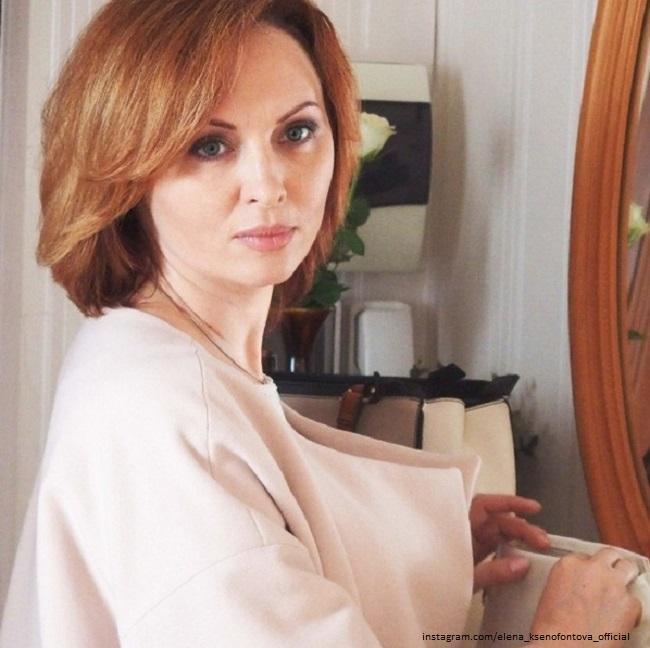 47-year-old actress Elena Ksenofontova admitted that she could be the mother of six children.

The star of the series "Kitchen" twice had an abortion and twice she had a frozen pregnancy. "This is my biggest sin that I will not repay. My abortions were done because my health did not allow me to carry the child. Once I arrived with swollen legs in the third month of pregnancy, they said that they needed to have an abortion. The second time there was a similar situation. The doctors said that the pregnancy should be terminated. Then it was justified for me, now I understand that I had to take risks. Then there were two frozen pregnancies", - said the actress in the program" Secret for a Million "on the NTV channel.

According to the artist, a boy was to be born from Alexander Ryzhikh. The ex-husband metal about the heir, but Elena could not bear the child. "I already had a big belly. The doctor called me and said that I had a dream, asked me to come to the appointment. It was an unplanned reception. There I learned that the child in me had been dead for three days. I went out and sat on the bench. I had no tears. I saw the child, I just did not fit in my head. I only cried when Sasha arrived. And in the morning I realized that I was a corpse. Then there was a complex operation. It was the worst trauma for me", - said Ksenofontova, noting that the unborn baby had a heart defect.

Now Elena is raising 17-year-old Timofey and 9-year-old Sonya. The actress tries to spend as much time as possible with children. "I'm all in them. Insanely happy. I have no man. After many events, I want to be alone. I feel guilty in front of my children, as if they were not given something", - said the star of" Kitchen ".

We will remind, in August of this year, the son of Ksenofontova was severely beaten. According to the artist, now Timofey is afraid to walk alone and turns around all the time. "He is very shy. He has his own world, I was afraid that he would never leave it. He's been like that since childhood. When grandmother came, he put a box on his head. He had a stutter. He was bullied at school. I see myself in him. I'm a hermit too. The son began to turn around after he was beaten. The police said the beatings were much worse than they told me. They offered to watch the recording - I refused", - concluded Elena.