Elderly spouses admire the record bear made of roses

Wanning City (Hainan Province, China) is now famous for having the largest bear made of roses there. 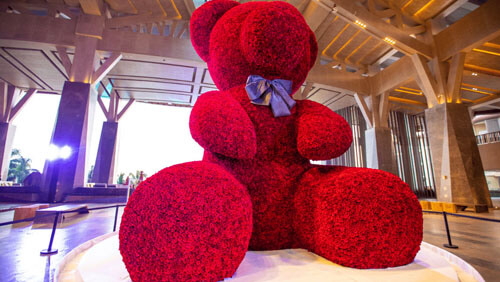 A wonderful figure was erected for several weeks for a reason, but to celebrate a joyful event. 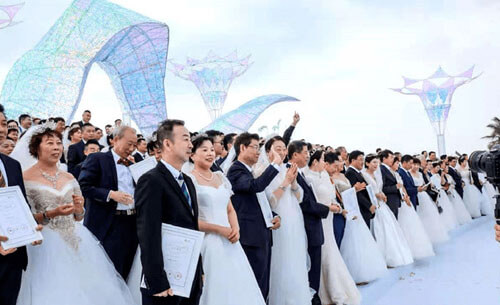 Elderly married couples live in the city, who at one time were forced to be content with very modest weddings. China Regenerative Medicine International Limited hosted a celebration for 108 couples so that elderly husbands and wives not only renew their vows, but also have fun in a beautiful festive setting. 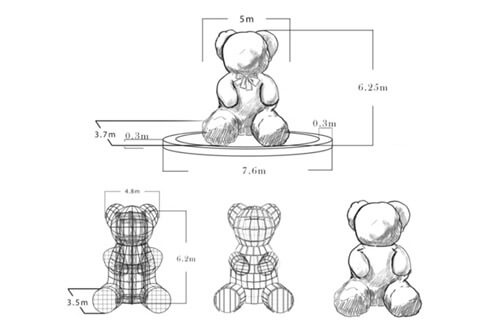 The highlight of the event was the bear, which consists of a metal frame and 48,000 live roses. The height of the miracle beast is 6.14 meters, and it weighs as much as 7 tons. The sculpture entered the Guinness Book of Records, which was officially announced during the gala dinner. 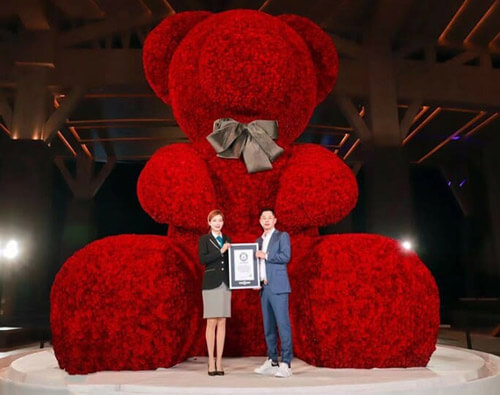 By the way, they decided to give the bear a long life. As soon as the flowers decorating it wither, they will be replaced with artificial ones, and therefore the bear will turn out to be durable.

See also: The mountain that looks like an elephant’s trunk was decorated with a protective mask