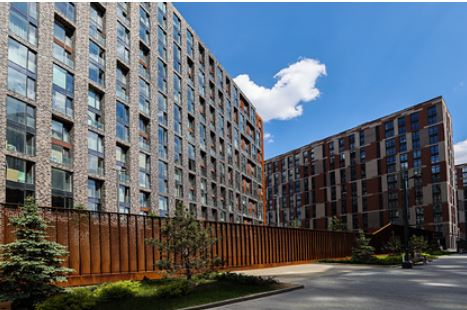 By the end of the year, mortgage rates will rise to nine percent, and in 2022, Russians will again return to double-digit values. This forecast in a conversation with “Lenta.ru” was given by economist Alexei Korenev. He explained that this is the reason for the increase in the number of issued mortgages: people want to have time to buy real estate on favorable terms, but often this leads to the issuance of loans to unreliable borrowers, which will certainly lead to problems in the future.

Over the course of nine months, Russian banks have increased mortgage lending by 42 percent, to four trillion rubles, which is close to an all-time high. Despite the fact that the picture seems extremely beneficial for the economy, Korenev noted the Central Bank’s fears about inflation of a mortgage bubble, which are largely justified.

Return to the past

Initially, the growth in the number of mortgage loans was associated with the emergence of a preferential program, the economist said. The new leap was provoked by the time limit already: people are trying to have time to buy real estate before conditions become extremely unfavorable again.

“The second reason is the stakes. Everyone sees how the Central Bank raises the key rate, followed by the same actions taken by banks. Interests on mortgages are not high now, but as soon as the preferential program ends, they will immediately go up: by the end of the year, rates of nine percent can be expected, and in 2022 we will again return to double-digit values, ”the economist predicted.

Russians are in a hurry to take loans now, while it is relatively profitable. But the problem, according to the expert, is that effective demand is limited, which means that part of the funds is given to unreliable borrowers. It is for this reason that the Central Bank is in a hurry to close the preferential program, fearing a mortgage bubble.

“You can understand the pressure of the Central Bank – the mortgage program will end soon and the market will roll back. The situation is complicated by high inflation, which was initially projected at 4 percent, 4.3 percent. Now, according to my calculations, it should be about 7.1 percent. These are very bad numbers, which will inevitably entail another increase in the key rate by a quarter to half a percent. And mortgage rates against this background, again, will go up, – Korenev is sure. – In addition, the duration of the mortgage has also increased – on average, it is 30 years. And although the market looks good by some indicators, we see that problems are accumulating, the number of low-quality borrowers is growing rapidly ”.

Earlier, the Central Bank reported that at the end of the summer of 2021, the average rate on loans for housing in Russia increased by 0.11 percentage points. (up 7.78 percent), reaching a maximum in six months. A similar value was last recorded in April 2020.