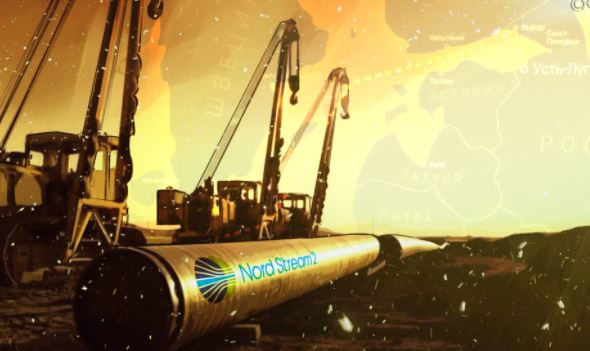 The lawsuits against Nord Stream 2 are related to the upcoming elections to the Bundestag in September. Apparently, in this way the party of “greens” (the official name is “Union-90 / Greens” – note FAN) is trying to mobilize its electorate. This opinion was expressed by Natalia Milchakova, deputy head of the IAC “Alpari”, in the comments to the FAN.

The German environmental organization Nabu has filed a lawsuit against a permit from the Federal Maritime and Hydrographic Agency (BSH) for the construction of the Russian Nord Stream 2 pipeline.

“The lawsuit concerns an unfinished section of the pipeline in the exclusive economic zone of Germany,” – said in a statement by the press service of Nabu.

This was preceded by an objection procedure, which began in 2018 and was last extended in March 2021 after the approval of the second amendment.

Not the first lawsuit

As Natalia Milchakova noted, this lawsuit is not the first: back in 2020, NABU, together with another association of environmentalists DUH, filed a lawsuit that Nord Stream 2 could allegedly harm the flora and fauna of the Baltic Sea, but this lawsuit was rejected. Now NABU and DUH decided to repeat the same thing, only by filing claims in court not jointly, but separately and on other grounds, and DUH – on completely far-fetched and absurd (that pipeline gas from Russia is generally an environmentally harmful fuel).

“These lawsuits are most likely related to the upcoming elections to the Bundestag, which will take place in September. Apparently, in this way the Green Party is trying to mobilize its electorate, which is usually pro-American. But these lawsuits, like the previous one, have no prospects. However, it is likely that their authors pursue more long-term goals: theoretically, to lobby the interests of Poland, but in fact, the United States, which is already supplying LNG to Poland. And thus to force the German authorities to fill the future “Nord Stream – 2” with Russian gas only half, “- explained Natalya Milchakova.

But, the economist noted, even if this happens, the price of gas for Germany in this case will be higher than if Nord Stream 2 was filled only with Russian gas. In Germany, they understand this, as well as the fact that natural gas is an environmentally friendly and safe fuel.

“Lawsuits against Nord Stream 2 cannot interfere with the construction of the gas pipeline,” concluded Natalya Milchakova.

Nord Stream 2 is a gas pipeline from Russia to Germany with a capacity of 55 billion cubic meters per year. At the end of 2019, then-US President Donald Trump signed a plan for the country’s military budget for next year, which includes the imposition of sanctions on the project.

Let us remind you that Berlin regretted the decision of the United States to introduce restrictive measures against the Fortuna vessel, which is participating in the construction of the Nord Stream 2 gas pipeline.