Every year, Christians of different denominations celebrate Easter, the Bright Resurrection of Christ – a great holiday that marks the victory of life over death. The date of the celebration is determined by the solar-lunar calendar. Easter traditions vary from country to country. The dates of celebration in the Catholic and Orthodox churches do not always coincide. At the state level (when the day is considered a day off), Easter is celebrated in almost 40 countries of the world, including 27 European ones. 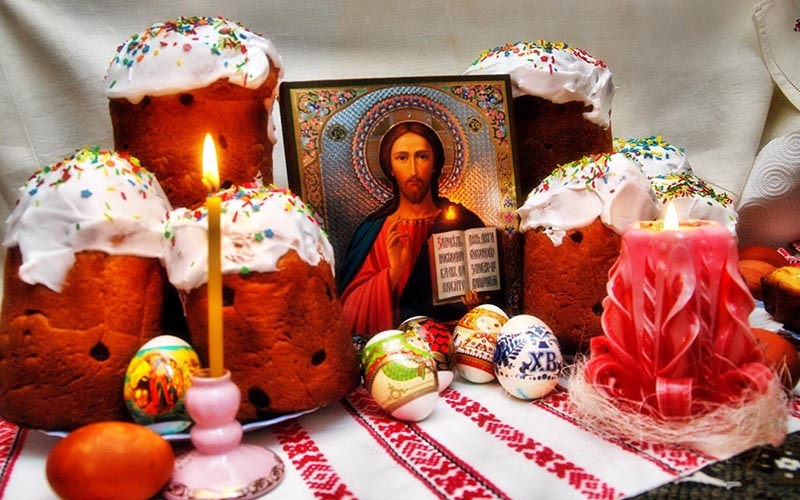 On the origin of the main Easter traditions

The Easter tradition of painting eggs originated in ancient times. According to biblical legend, when Mary Magdalene came to the Roman emperor Tiberius to announce the miraculous resurrection of Jesus Christ, he did not believe her, and said that resurrection is impossible, it is so impossible for a white egg to miraculously turn red. After these words, the chicken egg, which was held in the hands of Mary Magdalene, acquired a bright red color.

The Easter tradition of baking Easter cake is also centuries-old. The collection of inspired books describes that when Jesus Christ came to the apostles during their meals, there was a round bread on the table (in Greek – “Kulich”), intended for the Savior. In memory of this, Christians bake such rich bread, consecrate it for a home feast, and also leave it in churches, and at the end of the night liturgy they distribute it to believers. 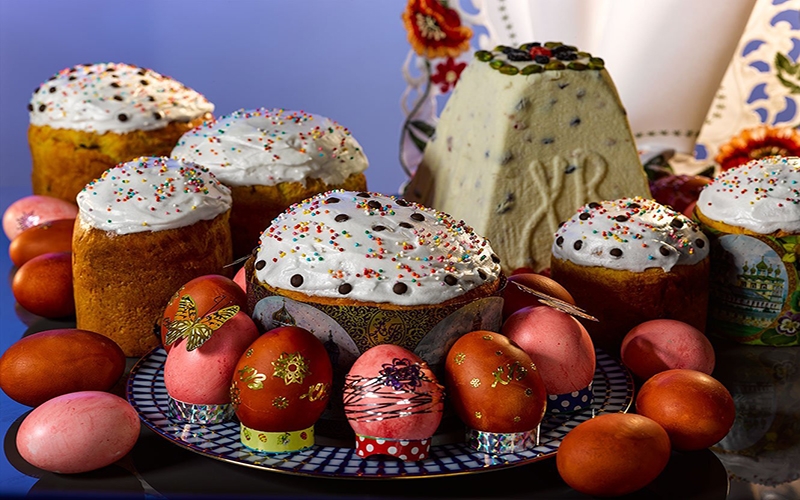 The states where Christianity is the main religion are mostly located in Eastern, Central and Southern Europe. The eastern group includes Russia, Belarus and Ukraine.

The holiday of Christian Easter among the Eastern Slavs is called Holy Week, since it lasts seven days. Divine services are held in all churches on the eve of Christ’s Resurrection. For consecration, believers bring Easter cakes decorated with icing, candied fruits and colored sugar sprinkles, Easter cottage cheese, krashenki, homemade sausage.

Returning from the church in the morning, they sit down at the festive table to break their fast, greeting each other three times with the words “Christ is risen!” “Truly Risen!” In the old days, according to Russian Easter traditions, a priest during Bright Week visited the homes of his parishioners, performing prayers, and people treated the clergy and donated to the church. 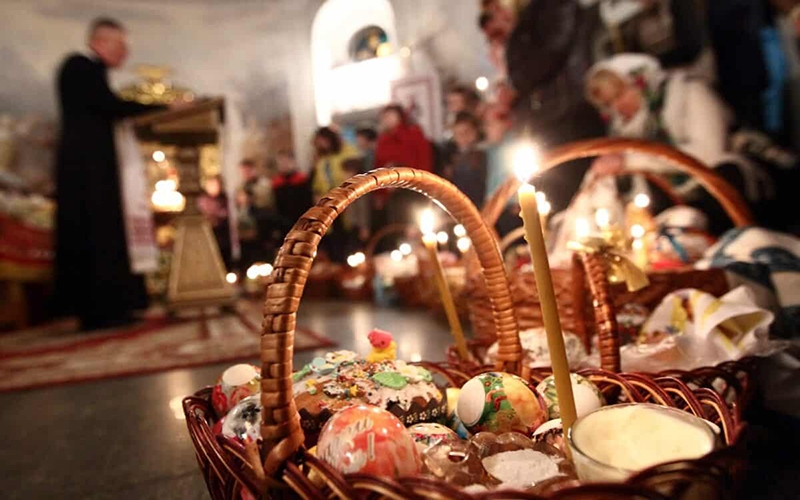 In Belarus, there used to be a custom similar to Christmas caroling: on Easter night, guys and girls (they are called carters) went from house to house, glorifying Christ in songs and wishing their owners health and a rich harvest. Each family presented the volocheniks with Easter cakes, colored eggs, lard, sausage, eggs, and cheese.

Western European countries include: Austria, Belgium, the Netherlands, Great Britain, Germany, France, Switzerland, Poland, Czech Republic, Slovakia, Liechtenstein, Luxembourg, Monaco. Easter is celebrated here for two days. Houses are decorated with flower garlands and bells, and the “Easter Bunny” brings gifts to children. The morning meal begins with a prayer, Easter, eggs, meat, lard and sausages consecrated in the church should be on the table. 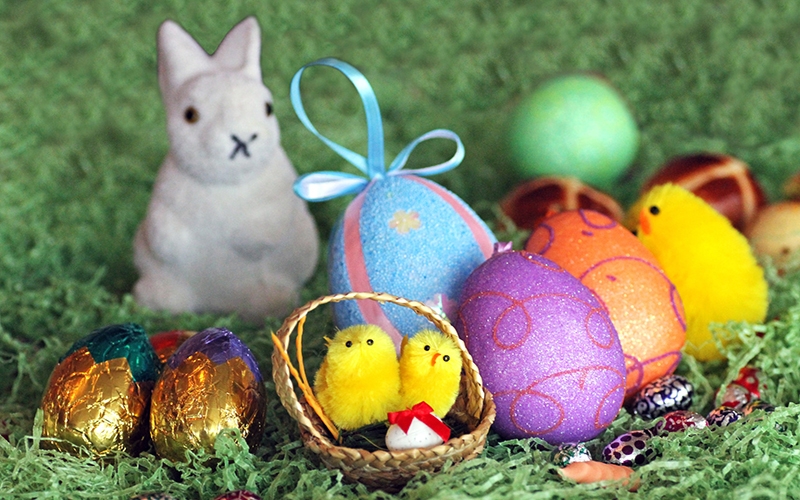 In Eastern European countries, there are national features of the celebration of Easter. So, according to the English Easter tradition, the Easter tree serves as a symbol of the holiday. In France, in memory of the death of Jesus Christ, church bells are silenced throughout the country from Maundy Thursday until Easter Sunday.

There are a number of interesting Easter traditions in Germany:

In Southern Europe – Bulgaria, Italy, Spain, Serbia, Croatia, Macedonia, Montenegro, Easter traditions are not too different from Eastern European ones. On the day of the Resurrection of Christ, it is customary to gather for a festive breakfast with the family, there should be colored eggs, Easter cake and homemade sausage on the table. Among Italians, Easter cake can replace the Neapolitan pie with ricotta cheese – “pasteera”, and sausage – roasted lamb or goat. 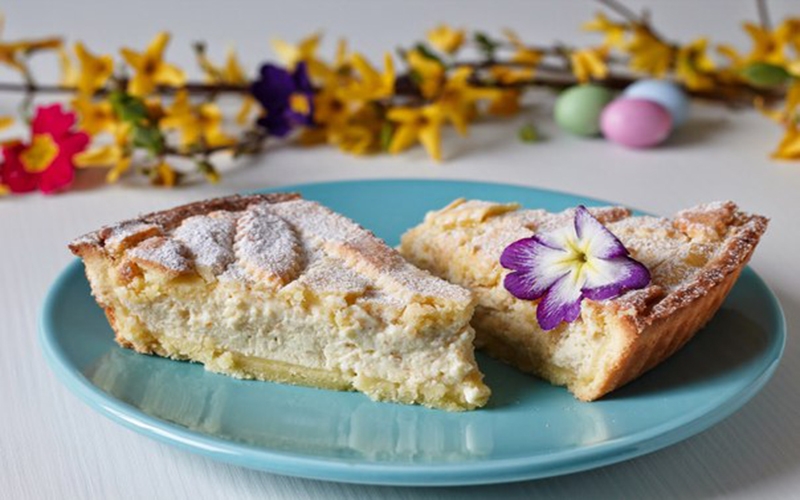 For the inhabitants of Italy, Easter is a special holiday: the traditional Mass in the capital is held by the Pope himself. Thousands of people gather in the main square of the Vatican to hear the congratulations of the Roman Pontiff. And in Spain, during Holy Week (“Semana Santa”), most public institutions are closed, and young people dressed in religious themes walk the streets.

In Sweden and Switzerland, the countries of central and northern Europe, Easter is also celebrated with great pomp: the official holidays here begin on Friday and end on Monday. Houses are decorated with birch branches with colorful feathers tied to them. In these countries, the cuckoo serves as a fabulous guest bringing gifts to children – made from papier-mâché and filled with sweets – the cuckoo. 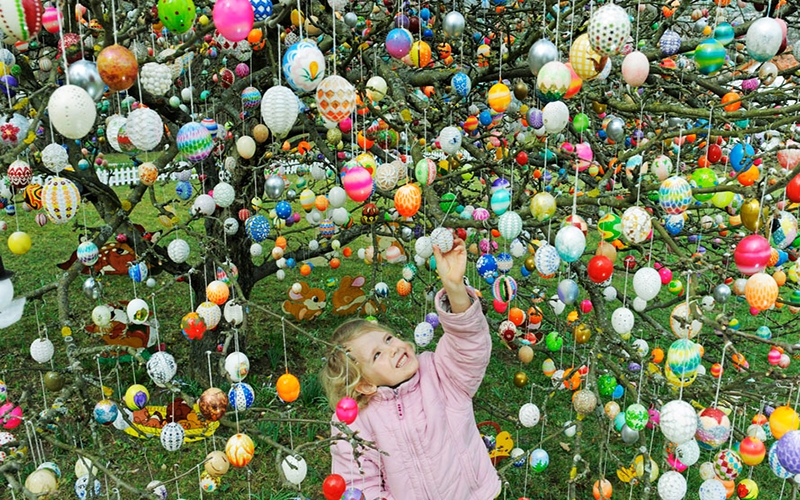 Easter in the Americas

The symbol of Easter in the Americas is the lily. Americans do not bake Easter cakes, the traditional festive table usually includes smoked ham, vegetable salads and fruits. Since people of different nationalities live on the continent, their Easter rites and traditions are different.

In the United States, the Friday before Easter is considered a day of fasting and repentance, and on the night before Resurrection, many churches hold all-night vigils. On Easter Monday, the President of the United States takes part in the Easter Egg Ride, which is held annually on the White House lawn. 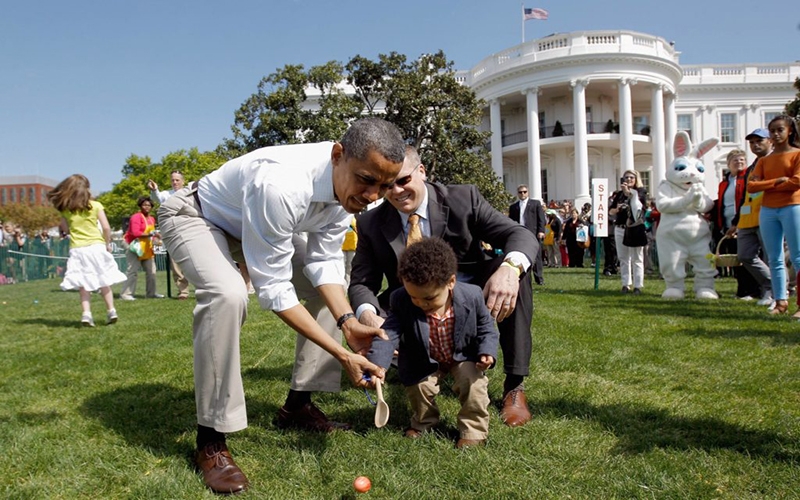 In multinational Canada, Easter customs and traditions are almost the same as in the United States. They demonstrate the coexistence of two different attitudes. For some people, its symbols are fire and a candle, repentance and faith in resurrection, for others it is a holiday with a generous feast, traditional dishes and an indispensable dessert, an Easter Bunny and painted eggs.

Mexicans celebrate the Feast of the Resurrection for almost two weeks, and during this period everyone is freed from work and school. Traditional Easter carnivals are held in the cities with dances and fireworks, colored paper garlands are hung on the streets. On Good Friday, amateur acting groups show scenes from the life of Jesus, on Good Saturday, the laity visit local churches, bless food, and in the evening they burn paper figurines of Judas. This extra vacation is spent by many Mexican families at the seaside.

In Brazil and Argentina, on Easter, an all-night service is held in all Catholic churches, believers bring food to the church for consecration. The tradition of painting Easter eggs and giving children sweets “from a rabbit” came to these countries from German emigrants. According to a rather authentic-looking legend, once the children, having found Easter gifts hidden by their parents under a bush in the yard, saw a rabbit running away from there, and decided that it was he who brought them. 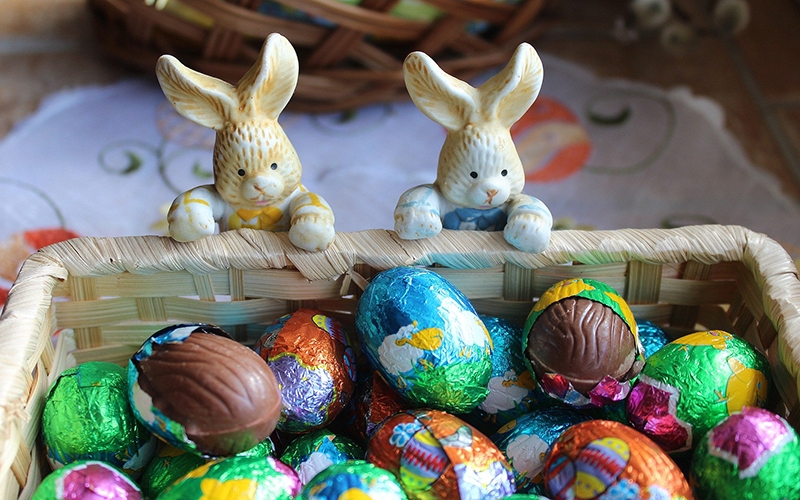 Sunday in this country is celebrated according to the Catholic calendar, and the holiday falls in the fall. It is usually celebrated in nature, the main dish is roast lamb, and for dessert – meringue cake decorated with fruits. Krashenki are not made in Australia; Easter eggs here are sugar or chocolate. The “magic” rabbit or cuckoo, bringing gifts, is replaced by Australian children bilby – a marsupial badger. 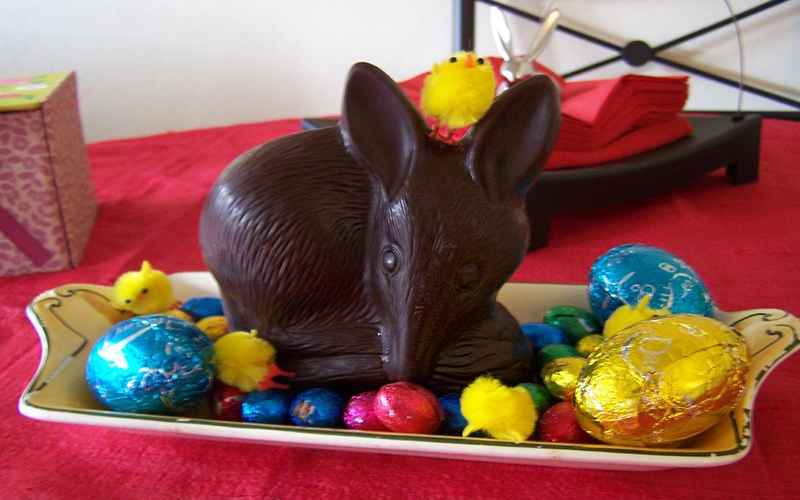 In addition to observing the generally accepted Orthodox Easter traditions, fairs are held in major cities of the country, the largest – the Sydney “Royal Easter Show” – annually attracts thousands of visitors.