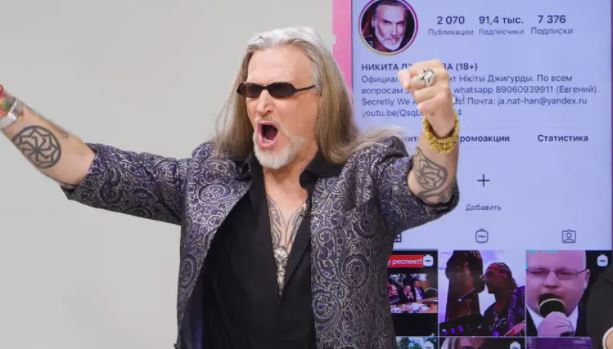 TV presenter, actress, singer Olga Buzova will be able to achieve popularity all over the world if she continues to work hard. This opinion was shared in an interview with FAN by theater and film actor, songwriter Nikita Dzhigurda.

The interlocutor commented on the news that Olga Buzova starred in an episode of a Hollywood film.

“This is very important in light of the news that Buzovoy at the Moscow Art Theater, according to Nikita Mikhalkov, needs to be a usheeter, not an actress. This is the eternal conflict between fathers and children. I have already said before, with the desire and hard work, a person who does not have a huge talent can rise to the world level. My beloved goddess Olenka Buzova is proof of this, ”said the actor.

Nikita Dzhigurda also named another celebrity whose success story, in his opinion, the Russian star can repeat.

“The same American Madonna, not having vocal super-data at the beginning of her career, due to desire, shocking, her social position, has been promoted and has become a kind of icon. What time – such are the stars. To make claims to Olenka Buzova for the fact that, from the point of view of Nikita Mikhalkov, she does not have the talent of Marina Neyelova, Faina Ranevskaya or Yulia Borisova (from the galaxy of actresses of the Soviet period) – it is wrong, ”the FAN interlocutor explained.

In conclusion, he stressed that on the path to fame, it is important not to forget that a lot of effort is needed to be successful.

“If Olga Buzova does not stop, she continues to work, wishing to get promoted in the world, she will be able to do it. I think this is real, ”summed up the performer of the songs.

Earlier, State Duma deputy Nikolai Valuev, in an interview with FAN, reacted to the challenge from Nikita Dzhigurda to fight. According to the people’s choice, he does not follow the statements of the shocking artist.