During the first dance with the groom, the bride found three leeches clinging to her leg

Weddings don’t always go off without a hitch, but this bride from Queensland, Australia, has a strange problem. 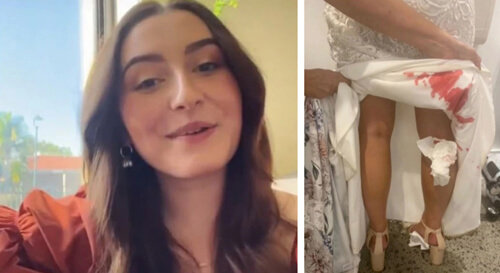 Madeleine Wise took to the dance floor to dance her first dance with fiancé Jayden, but then several guests immediately noticed that a trickle of blood was flowing down the bride’s leg. The dance had to be interrupted, and Madeleine initially thought that the stress of the wedding had caused her to start her period prematurely. However, when the hem of the dress was lifted, it turned out that three leeches had stuck to the woman’s leg. It looks like they got to the bride during a photo shoot, when Madeleine and Jayden were walking on the grass around the rural estate where the celebration was taking place. However, the wedding, if marred by a leech misfortune, is not much. The bloodsuckers were removed from the bride’s leg, the lady was bandaged, and the celebration continued. 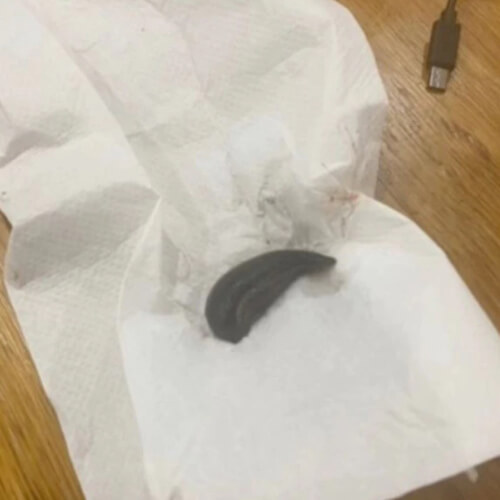 But if Madeleine herself reacted quite calmly to what happened, then social media users who learned about the wedding incident were a lot scared. Many people said that they had another terrible reason to never go to Australia.

After coughing for almost two months, the man found out that a leech settled in his throat