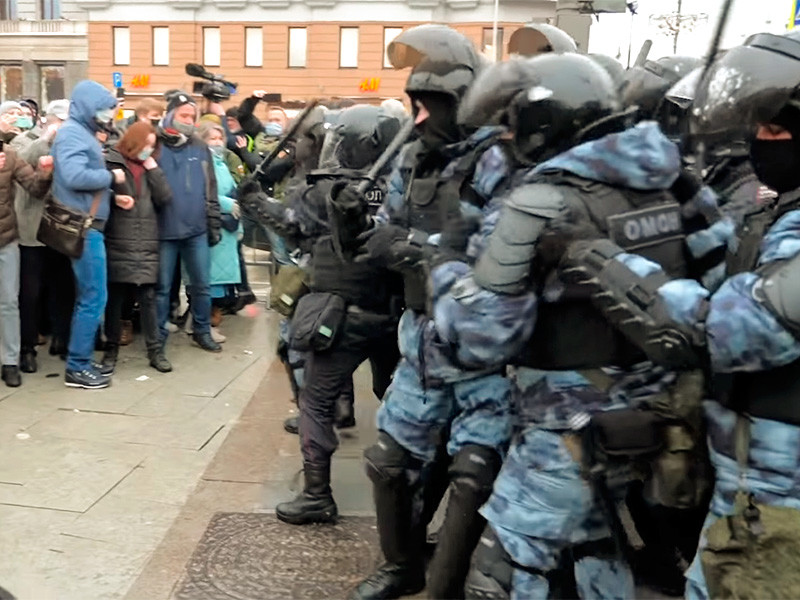 The Investigative Committee of the Russian Federation has already opened 14 criminal cases after mass protests in support of Alexei Navalny – from calls for riots to violations of sanitary and epidemiological rules.

A portion of new criminal cases appeared on the evening of January 24, by the end of two days of the investigative war with the organizers and participants of the protests, Fontanka.ru notes.

The central office of the TFR opened a criminal case under article 236 of the Criminal Code of the Russian Federation – violation of sanitary and epidemiological rules, which endangered mass infection or death of people. Lawyer Vyacheslav Gimadi informs about it. The list of witnesses includes Navalny’s press secretary Kira Yarmysh and co-author of the film about “Putin’s palace” Georgy Alburov. Apparently, the investigation also has lists of 19 coronavirus-infected protesters, the data on which were obtained through the Social Monitoring application, with the help of which the Moscow authorities monitor compliance with the self-isolation regime.

In Moscow, four criminal cases were opened for the use of violence against a government official (for attacks on police officers and Rosgvardia). Cases were initiated against these citizens under Article 318 of the Criminal Code of the Russian Federation.

“Aggressive citizens on January 23, near Sretensky Boulevard, hit a Rosguard officer, knocked him to the ground and continued to beat him. Tear gas was sprayed into the face of two law enforcement officers. On Pushkinskaya Square, an unidentified person struck a riot police officer multiple blows. On Tsvetnoy Boulevard, protesters blocked the car, damaged it and sprayed tear gas into the driver’s face, “the ICR said.

Another case, also under Article 318 of the Criminal Code of the Russian Federation, is connected with the alleged car collision of a Pussy Riot participant Maria Alekhina and municipal deputy Lyusya Stein on an employee of the Ministry of Internal Affairs. But the girls deny their driving skills, said the head of “Agora” Pavel Chikov.

The Presnensky Court of Moscow also imposed an administrative fine on Maria Alekhina in the amount of 30 thousand rubles for organizing an unauthorized action (part 2 of article 20.2 of the Administrative Code of the Russian Federation). For 10 days the court arrested the municipal deputy in the Basmanny district of Moscow, Lyusya Stein for organizing an uncoordinated action.

In addition, the court sentenced the actress and theatrical figure Victoria Narakhsa (Kuznetsova) to administrative arrest for 10 days for disobeying a police officer (Article 19.3 of the Administrative Code of the Russian Federation).

In St. Petersburg, two criminal cases were opened – for beating up traffic police officers and insulting the social group of “rubbish”, expressed by comparison with excrement.

In Tatarstan, Novosibirsk and Rostov-on-Don, cases of calls for riots were opened. In St. Petersburg, a pre-investigation check is underway on the same composition of the Criminal Code.

Two cases are being investigated in Vladivostok – about beating a police officer and threatening transport infrastructure, and the ICR started with another infrequent article. On January 22, a case was opened under Article 151.2 of the Criminal Code of the Russian Federation – on the involvement of minors in illegal activities by posting on social networks, announcements of actions in support of Navalny.