The Dolby Atmos technology developed by Dolby Laboratories intended for creating a volume of high quality sound. The first application took place in 2012 in the cinema during the screening of the film "Braveheart". Currently, the number of cinemas where you can successfully apply the technology exceeded a few hundred. More than 100 modern movies now have sound recording in Dolby Atmos.

Dolby Atmos is a new, qualitative stage in the formation and transmission of surrounding sound effects. The technology is equally effective shows itself, as when recording and playback of sound. Unlike other recording technology is the refusal on the record tracks on separate channels. With Dolby Atmos sound travels in space in exact accordance with the ideas of the engineer.

During sound reproduction the system's CPU to take into account how many columns are involved in the moment and gives real time quality sound. Thanks to this feature, Dolby Atmos works equally well with any number of columns. This enables owners to save on the purchase of sound equipment, and the audience – the pleasure of quality and the surround sound effects heard in any part of the premises. 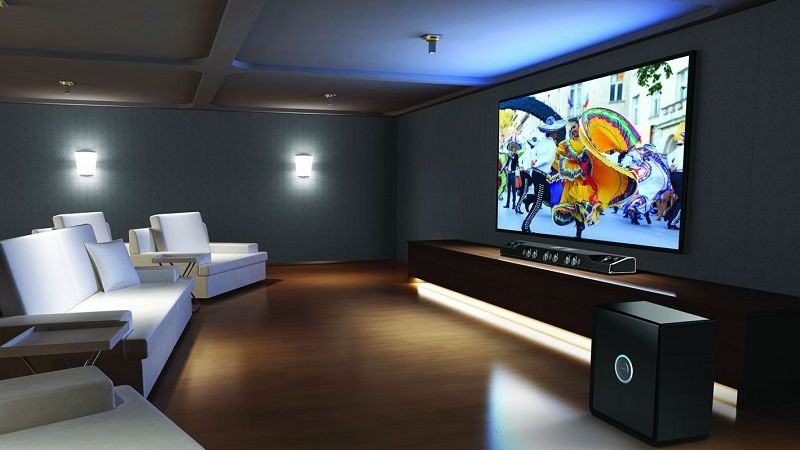 Equipment with Dolby Atmos favorably with similar modern systems (5.1, 7.1 and so on) on the following grounds:

The task of the engineer is the clear placement of objects in accordance with how they should subsequently be perceived by the listener. In Dolby Atmos, there are 10 channels that are configured in the image 9.1 (normal audio system 7.1 with addition of 2 ceiling channels). Provided coordinated work of the following columns: 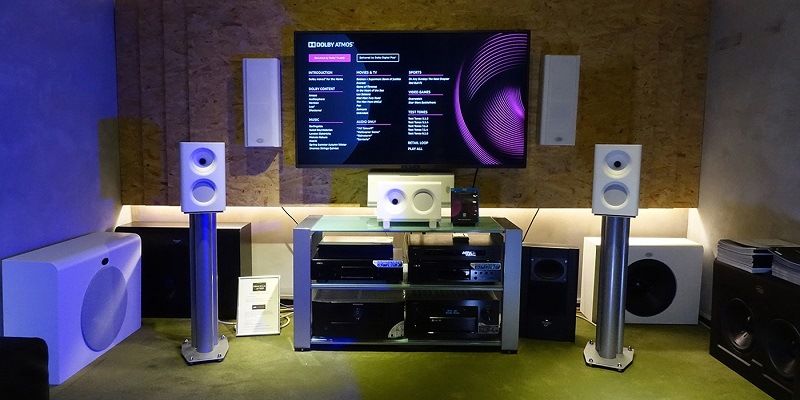 You can define up to 118 objects that do not have a specific or certain channels. Each object in the sound space is clearly exposed position, which determines the system's CPU and exposes the audio streams so that these parameters were determined at the hearing. In the result, the room creates a believable soundscape.

The licensing of Dolby Atmos for the home user

The manufacturer has announced its intention to license his creation for home theater. This will allow you to purchase audio system with Dolby Atmos household consumers. However, for this project you will need to increase the number of sound equipment (speakers). In the ceiling space necessary to mount at least 2, and even 4 speakers for perfect positioning audio effects. In most cases, for city apartments this is not possible, but experts do not rule out the emergence of such systems with typical technical add-ons. They can be a sound transmitter toward the top.

Also the algorithms of the host processor require processing. It is necessary to study everything in such a way that the system controlled the process of the signal flow to the upper part of the room and their perfect reflection in the audience. This way, a simulation of the upper column. Because of this, a home user may not purchase such equipment than can save you a substantial amount of funds. 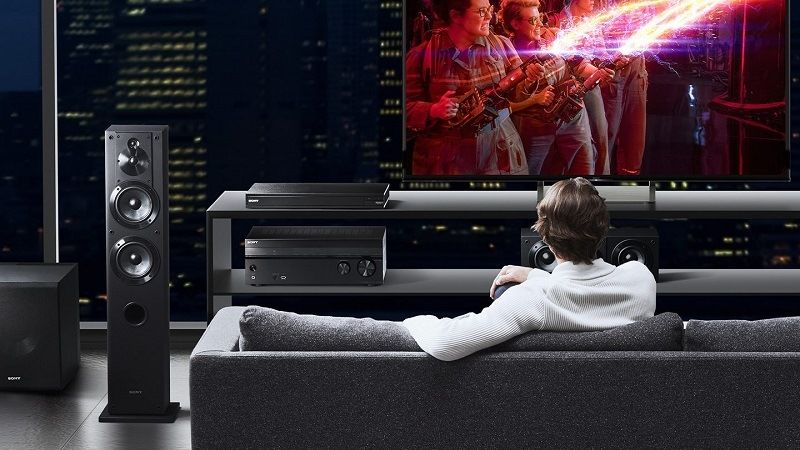 An equally important component of the quality system is the AV receiver. Alternative title to this equipment – a sound processor environment. It is a special decoder with a larger number of output ports. Depending on the cash outlay, you can purchase such a device, able to sound the room in various sizes. For example, for large rooms it is recommended to use more than 34 columns. For small spaces suitable minimal set, consisting of 11 similar devices.

Next, you need to take care of the software with support for the described system. It is clear that the Dolby Atmos technology in the smartphone will also appear, but so far it's only young, but promising development. Now you can buy only the simulation of such effects. For proper playback should be a file of the respective audio format and any player that can read it without interference. This refers to the hardware (media player) with a bitstream. 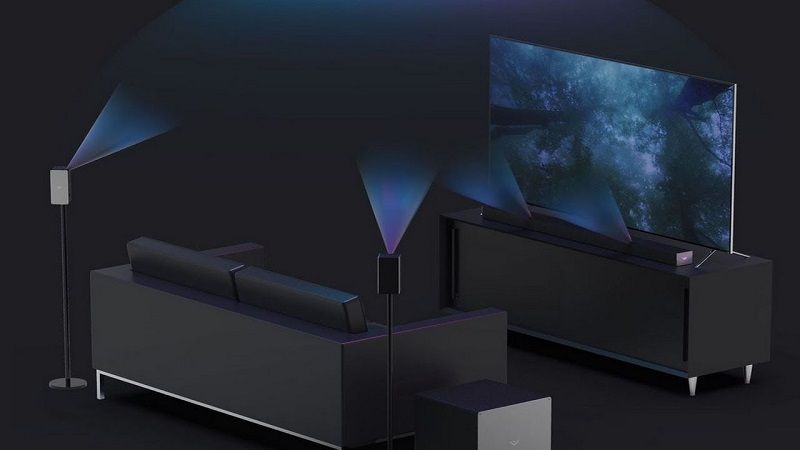 Leading companies manufacturing digital devices sound, are already developing new product lines with the support of the respective formats. These include Onkyo, Yamaha and the like. In 2014 was released devices such as the Onkyo TX-NR636, Onkyo TX-NR 1030, Yamaha RX-A2040 and so on. They can be purchased in any online store. Also entered the market many models of headphones (Rig 500 Pro and similar) and small speakers with high quality simulated surround sound. It even allows gamers to immerse themselves in the atmosphere of the gameplay and get from him maximum pleasure.