In time immemorial, the Druids, the priests of the Celts who settled in the British Isles, treated their fellow tribesmen in the forests and groves.

Yes, and in Russia in the old days, healers advised sick and weakened people to stand by a birch or oak tree, tightly hugging the trunk with their hands. They also recommended using a birch, beech, hornbeam or boxwood comb for hair loss and headaches, sipping cabbage soup with linden spoons to improve digestion, apply an aspen log to the crown of the head for migraines and to the legs if they are cramped.

TO OAK BY RECORDING

Epic heroes and Russian soldiers went to the oak grove before the battle to gain strength and strengthen their spirit. And the Mari in some places to this day continue to go to their sacred groves for health.

These divine forests are able to give unusual vitality to a person who has come with good thoughts. And you can take the “medicine” and take home – whether a log, a wooden plate, a root of an unusual shape. They also have healing power!

But in order to use the help of a tree doctor, you need to understand the main principle of dendrotherapy. You will not apply cold to a frostbitten cheek and make a hot compress for a burn. Trees are also divided into “cold”, “hot” and neutral. The former divert an excess of negative energy from a person, while the latter actively share their strength, feeding a weakened body.

And those who suffer from insomnia, acute inflammatory diseases and infections (especially those accompanied by a rise in temperature to 39-40 °), are prone to aggressive reactions, irritable and excitable, prone to hypertensive crises, will help “cold” trees-recipients: they are also called negative vampires energy. These are aspen, poplar, chestnut, spruce, fir, juniper, bird cherry, willow, alder. The rest of the breeds are considered neutral.

Before starting dendrotherapy, determine if the tree itself is ready to heal you.

Stretch out your palm in front of you and slowly bring it to the trunk, starting at 1.5 meters. About a meter away from it, you will feel warmth, tingling and, as it were, increased air density. This means that in front of you is a donor tree with a large supply of energy!

To recharge from the barrel, approach it at a distance of 40-60 cm, turn your back, relax, close your eyes and mentally turn to the green “doctor” with a request to replenish your energy reserves. Imagine a warm wave slowly going down your body. Breathe in this way: inhale (slowly count to 4 or 8), hold your breath (in 4 counts) and exhale (again in 4-8 counts). As you inhale, imagine that you are absorbing the power of the tree: it rises up your legs and arms to the solar plexus and settles there when you hold your breath. At the beginning of the exhalation, the energy rises along the back to the chest and to the arms, and at the end it must be mentally sent to the lower body.

By bringing your palm to the tree, which removes energy, you will get completely different sensations – not warmth, as in the case of a green donor, but coolness, not resistance, but, on the contrary, a slight attraction to the trunk. To dump negative energy, do the same as in the previous case, but turn your face to the trunk, not your back. Consumer trees are good for relieving pain in the head, back, abdomen, chest, joints and muscles.

Just do not stand next to the donor tree for too long – 5 minutes is enough, otherwise you can get an energy hit with a headache, a surge in pressure, insomnia and other joys: this is something like internal overheating.

Another important point: if you do not want to toss and turn in bed until the morning, you need to recharge the internal batteries in the forest no later than 2-3 hours before bedtime – otherwise you will not close your eyes before dawn! And it is best to do dendrotherapy either early in the morning, or from 16 to 18 hours.

Modern scholars do not consider popular prescriptions to be empty prejudices.

Dutch doctors, who examined 10 thousand compatriots, found that those who live among parks and forests get sick 15-20% less often than residents of areas where there is little greenery.

With the help of biophysical devices, Russian scientists were able to record a kind of energy-informational exchange between trees and people. It turned out that a man is best understood by an oak, a woman by a linden, and young ladies by a birch …

There is no need to deny the effect of plants on the body. The researchers even managed to get photographs that captured the shape of the biofields that form around the trunks. They clearly show that a freestanding tree has a field in the form of an even ring, and two, growing side by side, rings flatten and seem to repel each other. If an incision was made in a birch to obtain sap, a long oval “tongue” appeared in the glow halo.

RESERVE ON THE WIRE

Austrian psychotherapists, who did not have time to accept everyone who needed their help, invented a new way to deal with stress, which does not require direct contact with a doctor, and called it “Call the forest.” When the nerves are at their limit, a person dials the coveted number, listens to the silence of nature and calms down. Microphones transmitting the healing “sound of forest silence” are installed in nature reserves in the south of Austria. They turn on automatically, and you can call them not only from a mobile phone, home and office apparatus, but also from “green” telephone booths specially installed in big cities. The rustle of leaves and raindrops, the sound of a woodpecker and the rustle of a running deer, the singing of birds in a few minutes pacifies no worse than an hour-long session of psychotherapy. This summer, Austrian doctors are planning to open new telephone lines – Call the Mountain and Call the Waterfall.

Sergei Timofeevich Aksakov was seriously ill in childhood: doctors considered his condition hopeless, but his mother continued to fight for the child’s life.

She took him half-alive through the picturesque surroundings of his native town, noticing that the boy was getting better in the fresh air among the trees. When the critical moment came, he, already almost lifeless, was transferred to a clearing in the forest. Seryozha lay on the grass all day and … began to recover quickly! The autobiographical story of the writer “The childhood of Bagrov’s grandson” begins with this amazing story.

The forest really heals from all ailments. Even the very sight of trees is healing. British doctors found that in wards with windows overlooking the park, patients healed twice as fast, and the staff of clinics located in the green zone were less tired and more easily tolerated the stress inevitable when working with sick people. It is not for nothing that sanatoriums are usually erected in the forest!

The air here is cleaner and richer in oxygen, it contains a lot of negative ions and plant antibiotics – phytoncides. Scientists conducted such an experiment: they crushed birch, oak, poplar leaves, spruce, pine and fir needles, put them on a glass slide, dropped a little tap water nearby and began to observe under a microscope how the microbes swarming in it would behave. At first they lost the ability to move, and then they completely died! The same thing happens in the body, and without harm to itself, which is caused by synthetic antibiotics.

It turned out that phytoncides of birch and poplar kill bacteria in 20-25 minutes, and pine and oak in 10-15 minutes. Moreover, herbal antibiotics, like conventional ones, are selective. Oak and poplar trees destroy the pathogens of dysentery, but do not affect the tubercle bacillus. Pine and juniper work the other way around.

In suburban forests and parks, microbes, together with dust, settle on the crowns of trees, where they die under the influence of phytoncides or are washed away by rains. A hectare of spruce forest per year filters up to 32 tons of dust and microbial particles, pine – 36 tons, beech – 68 tons. At a distance of 3 km from the edge of the forest, the air is 95% cleaner than at the edge of the forest. In general, in the green massif there are 2-3 times fewer microbes than in a clearing or a large meadow. And the closer to the crowns, the more sterile the air! Only 700 microbial cells are found in one cubic meter of it at the height of your growth in a cedar forest – just like in an operating room!

The unsurpassed champion in phytoncidal effect is larch, followed by fir, pine, cedar, birch and aspen. True, having lost in the antibacterial all-around, aspen is in the lead in the duel with E. coli – it copes with it better than birch, larch and fir. And the fir faster than anyone in the forest suppresses the activity of Staphylococcus aureus, which supports chronic inflammatory processes in the nasopharynx, paranasal sinuses, bronchi and on the skin.

Herbal antibiotics are secreted only by a whole and healthy tree. Broken birch branches brought to the house on Trinity are of little use. In addition, injured trees stop growing until the wounds are healed, and even begin to hurt. What kind of phytoncides are there!

The priests of the ancient Celts – the Druids believed that each person has his own tree, which fills him with energy and optimism, prolongs life, helps to maintain health and heals diseases. 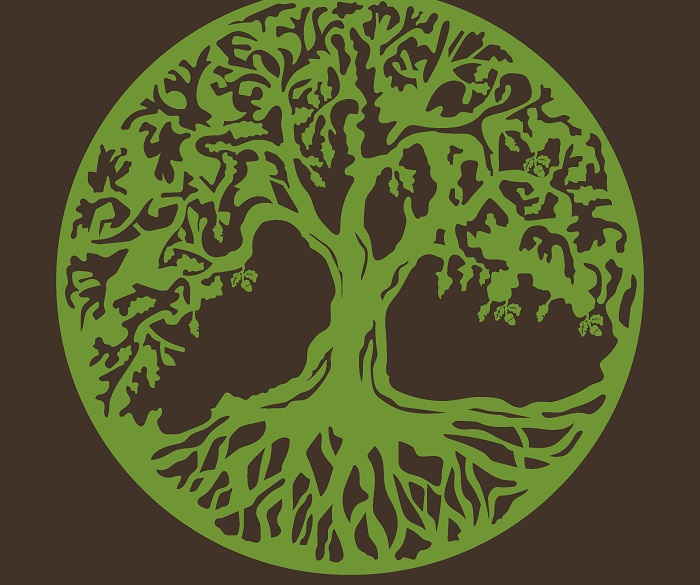 For Aquarius it is a fig, for Pisces – elm, for Aries – plum, for Taurus – myrtle, for Gemini – laurel, for Cancer – willow, for Leo – oak, for Virgo – apple, for Libra – beech, for Scorpio – rowan, for Sagittarius – a palm tree, and for Capricorn – a pine tree.

Try to improve your health over the summer with a tree that matches your birthday according to the Druidic calendar, or one of those breeds that have universal healing properties.

Oak and beech relieve stress, improve blood circulation, increase the overall resistance of the body and promote a speedy recovery from ailments.

Larch and linden help with viral infections, inflammatory diseases, and at the same time inspire optimism.

Chestnut is the best friend of those suffering from insomnia, neuroses, depression and phobias (fears).

Poplar relieves negative energy, but with prolonged contact can cause headaches.

Almost each of us can easily answer the question under which constellation was born, but only not many people know their tree.