Dmitry Shepelev showed a spicy gift from a pregnant lady 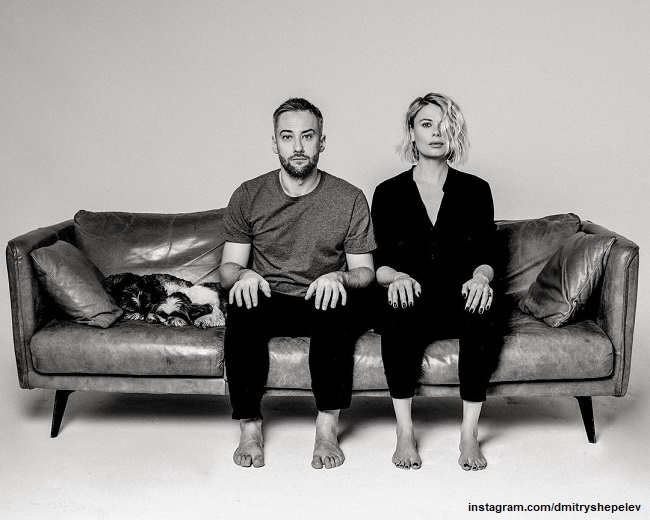 TV presenter Dmitry Shepelev showed a funny birthday present from Ekaterina Tulupova and explained why he would take it to his parents.

The former common-law husband of Zhanna Friske has been living with the designer Ekaterina Tulupova for more than three years. They are raising two six-year-old children – Platon, the son of the singer who died in 2015, and Lada, the daughter of a native of Yekaterinburg from a previous relationship.

Dmitry turned 38 on January 25. The ex-host of the talk show “Actually” admitted that for almost a month he was ashamed to show a gift from his beloved. And yet he made up his mind. Shepelev demonstrated a long green box with the inscription: “Gift set”. A native of Minsk invited fans to guess what was in it.

Then he opened the box given by the 38-year-old bride. Inside it were six glasses, each of which depicts a girl in underwear. Dmitry showed a piquant feature: if you run your hand over the drawing, the girl on it “loses” her clothes and appears naked.

“This is not the only gift. But the funniest! Oddly enough, this is an object from childhood. I haven’t seen these young ladies for probably 30 years! I’m going to give them to my parents. First, let them laugh. And secondly, let them hide. Only now not from me, but from grandchildren“, – Shepelev said.

Many fans of the ex-star of the First Channel enthusiastically responded to what they saw. Followers admitted that Dmitry cheered them up. “I want to give the same to my husband ”,“ I remember such glasses from my childhood. I completely forgot that there are such people! There were no such people in our family, but our friends did! Who is having fun “,” Dima, you are just lovely, did not think that you have such an amazing sense of humor! “,” Cool gift! Laughed heartily“, – posted by users.

Shepelev started this morning by jogging along the frosty street. He also shared a thought that, in his opinion, will be useful to parents. “I noticed that many parents, including myself, bring their children to competitions with the idea that the child must win. And if he lost, then it’s a tragedy. Plato lost in the tennis tournament yesterday. And I realized: competitions are needed in order to understand what the child is doing well, and what is bad and what else needs to be worked on. Therefore, this is not a defeat, but a good clue. And yesterday, when my emotions subsided, I thanked my son for the cool game. And tomorrow I will take him to the next training session. I hope he doesn’t mind“, – Shepelev explained.