Dmitry Pevtsov explained why he no longer plays in films 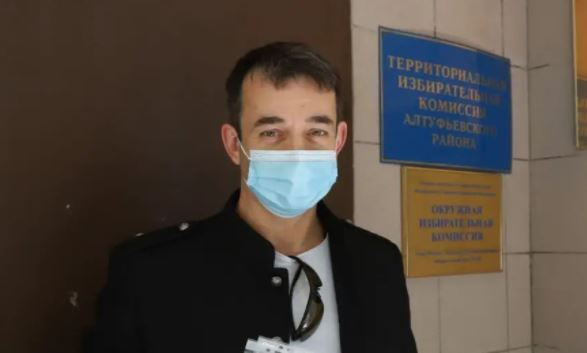 Russian actor Dmitry Pevtsov reported with regret that recently he has not received worthy proposals for filming a movie, so viewers do not see him on the screen, writes Teleprogramma.pro.

“I will definitely go on stage. But only in what I consider necessary and consonant with my worldview. I have been indifferent to cinema for a long time, however, it reciprocates with me, practically nothing has been offered lately, ”said the artist.

The actor said that he does not yet see other alternatives to his main profession. He also noted that today he does not know a single role that he could play.

It is worth recalling that recently Dmitry Pevtsov has been a deputy of the State Duma and holds the post of first deputy chairman of the State Duma Committee on Culture. He raises important problems for the country.

For example, according to the parliamentarian, the demographic crisis in Russia was provoked exclusively by the West.

“Ideology says that you are the best, you must become everything, achieve everything, nobody needs you: neither the country, nor the city, nor the family, nor your children. People have a different attitude, ”explains Pevtsov.

The singers stressed that such a view of the world was formed in Anglo-Saxon society and has absolutely nothing to do with Russian thought, the Russian heart and the world.

He compared the birth rate in Russia today with the results of the 60s of the last century and came to the conclusion that the birth rate in the country fell 2.5 times. According to the artist, this is not due to problems in the economy, but to a different attitude of Russians towards the country.

Singers also spoke out against the granting of Russian citizenship to the American singer Britney Spears.

Earlier, the actor made harsh criticism of his native theater “Lenkom”. According to him, the theater has been turning into a production center in recent years and he does not like it at all.