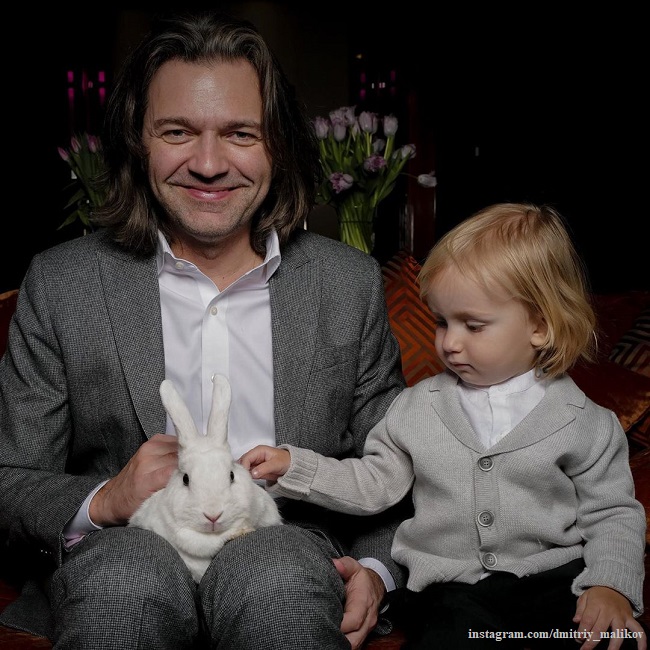 The judgment that the best gift is the one made with your own hands clearly works for babies. At least, a rare parent calmly reacts to another craft or drawing made by his offspring. So Dmitry Malikov blossomed like a rose when his three-year-old son Mark presented him with a multi-colored paper medal with an applique.

A photo of a happy father was shown on her personal blog by Stefania Malikova, the daughter of a national artist. She also congratulated her followers on February 23rd.

“Happy holiday, dear men! We value and love you very much“, – said the girl on the Web.

“Children congratulated on the holiday! Handed the star of the hero ! ”, Said Dmitry.

Recall that the Malikov family recently celebrated the third anniversary of Mark in the Maldives. In the morning, at the hotel restaurant, they had a traditional festive show with a candlelit cake take-out.

The boy appeared in the family quite late, when Dmitry was already 47 years old, and his wife 54, so the child was born thanks to surrogate motherhood.