Director Yulia Volkova commented on the possible reunion of Tatu 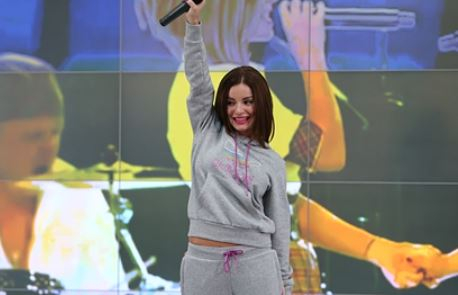 Director of the singer Yulia Volkova Katerina Dorosh commented on the possible reunion of the Tatu group. This was reported by Gazeta.Ru.

According to Dorosh, the band has the right to perform old hits. She added that the composer Sergei Galoyan can obtain a ban on the performance only through the courts, having enlisted the support of other Tatu songwriters.

“Sergei Galoyan is not a producer, but simply one of the co-authors of the material performed by the girls. We do not want to engage in re-release of songs, Lena and Yulia have related rights to perform all the compositions, ”said director Volkova.

She also accused Galoyan of lying. He said that he contacted the Tatu soloists to take part in the group’s tribute concert, but Dorosh claims that no one called Volkova about this. “They never called me, did not write a single letter. I don’t understand why they do this. The truth will be revealed anyway, we only need to make one statement, ”said Kateryna Dorosh.

Earlier, Tatu member Elena Katina announced the group’s reunion as part of an official tribute. As the singer said, both herself and Yulia Volkova will take part in it. In addition, the performer mentioned a planned series about the group.

After that, Sergey Galoyan forbade Katina to perform ten songs from the pop group’s repertoire. Hits such as “I’m out of my mind” and “They won’t catch us” were banned.