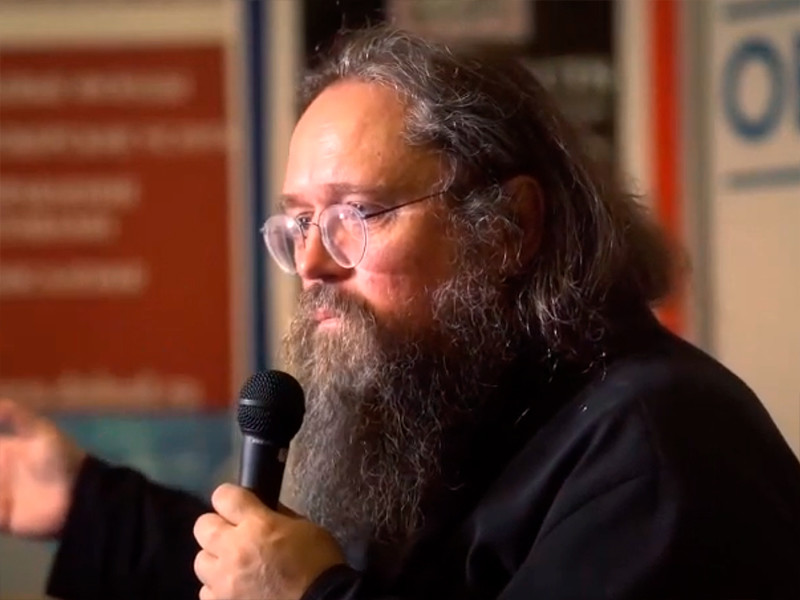 The court of the Moscow City Diocese considered reports of church offenses by Protodeacon Andrei Kuraev, a freelance cleric of Moscow, and ruled to deprive him of his priesthood, the diocese website reports.

“The decision to depose Protodeacon Andrei Kuraev from dignity will enter into force if it is approved by the ruling bishop of Moscow – the Patriarch of Moscow and All Russia, and before that, it can be appealed against within the prescribed period,” the message says.

During the trial, it was established that on April 21, 2020, Father Andrei published in his LiveJournal an insulting description of Archpriest Alexander Ageikin, who had died from the consequences of the coronavirus that day.

The court revealed signs of “blasphemy against the Church” in the statements of Protodeacon Kuraev, Interfax reports. The court’s decision also speaks of signs of slanderous activities of the protodeacon, in particular, accusations against the Russian Orthodox Church of “organizing a schism” (in world Orthodoxy. – Approx. “Interfax”).

The court stated that Kuraev did not change the nature of his activities after admonitions from the diocesan confessor, Archpriest Georgy Breev, and members of the disciplinary commission who contacted him back in 2015.

The disgraced priest himself criticized the decision of the court of the Moscow City Diocese regarding the deprivation of his priesthood.

“This is an example of how it is not worth solving church issues,” he said on Tuesday evening. According to the agency’s interlocutor, the decision that the patriarch entrusts his fate to the ecclesiastical court was published exactly eight months ago, and during all this time it has not been announced which actions or words of the protodeacon will be the subject of the proceedings, despite his appeals to court. At the same time, Father Andrey was not allowed to bring either a lawyer or witnesses to the meeting itself.

“I found it impossible to encourage this kind of strange practice, which cannot even be called medieval. And we see a continuation of this: I learn about what happened from journalists. That is, no one from the Patriarchate, from the court called me, the verdict was not sent, read out – in fact, only information about the verdict was announced, but not the verdict itself, which is still secret, “the protodeacon noted, adding that” excessive secrecy makes this court some kind of parody of the trial. “

“And I decided for myself: okay, my destiny is my destiny, but if you succumb to this kind of appeal, then what will the others say? If Kuraev is treated like that, then what can other priests expect from church courts? That is, in this case it is some kind of my last sacrifice for my fellow co-workers, “says Father Andrey.

He admitted that he met the announced verdict with a sense of readiness and called it “canonical murder”, the harshest possible verdict of the church court.

“The choice that stood before me is either to kneel down, to say that I will never express my point of view again, but I will only broadcast officialism, or speak according to my conscience. For me, the second is more important,” said Father Andrey. In general, he believes that “by the providence of God” everything in his life happens on time.

In accordance with the Regulation on the Church Court, the Protodeacon was summoned three times to the Church Court in the prescribed manner. At the same time, as noted, only in one case his refusal to come to participate in the meeting was recognized as a justified justifiable reason (state of health).

In response to the fourth summons to the court session, scheduled for December 29, 2020, on December 25, Kuraev sent an e-mail with the following content: “I earnestly ask you to postpone the meeting to January, since Moscow is stuck in traffic jams on New Year’s Eve, and it is dangerous to come from -for a pandemic. ” On the morning of December 29, the protodeacon sent a letter to the chairman of the diocesan court, in which he announced his refusal to appear in the church court.

“Given the refusal to attend the meeting, the church court found it reasonable to consider the case in absentia,” the Moscow City Diocese said in a statement.

In April of this year, it became known that Patriarch Kirill issued a decree banning Kuraev’s priesthood because of insulting the memory of Ageikin.

When the coronavirus first appeared, the prevailing sentiment in church circles was covid dissidence. In particular, then Archpriest Ageikin condemned the closure of churches and said that only prayer can stop the virus. Kuraev, on the other hand, realized the danger of the impending ordeal for humanity back in January, about which he wrote a number of posts recognized by the hierarchy as “alarmist” and “provocative”.

“In my memory, this nedoprotopresbyter will remain as a stupid careerist who has made a career in the field of VIP services,” Kuraev said about Ageikin.