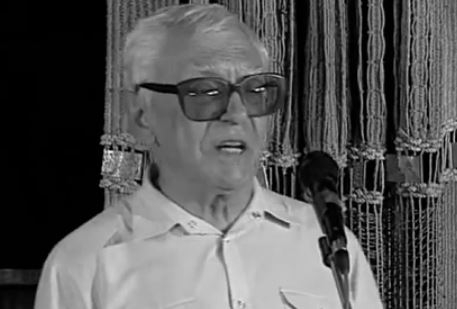 Died director and screenwriter Nikolai Rasheev. This was announced on Tuesday, October 5, by the chairman of the Union of Cinematographers of Ukraine Serhiy Trymbach on Facebook.

“This morning the legendary film director Nikolai Rasheev decided to say goodbye to us, to this blessed world,” Trymbach wrote on the social network. Rasheev died at the age of 86.

Nikolai Rasheev was born on April 8, 1935 in Kiev. He directed his first feature film Little School Orchestra in 1968. Then the picture did not appear on television screens and was first shown to the Russian audience in 2010. Rasheev is also known for such films as “Hare Reserve”, “Theater of an Unknown Actor”, “Kings and Cabbage”, “Apple in the Palm”, “Make the Clown Laugh” and others. However, the most popular work of the filmmaker was the cult “Bumbarash” in 1971 with Valery Zolotukhin in the title role. In 2000, Nikolai Rasheev was awarded the honorary title of “Honored Art Worker of Ukraine”.

Earlier it became known about the death of the famous Saratov documentary filmmaker Dmitry Lunkov. The director’s films are included in the curricula of VGIK and the Faculty of Journalism of Moscow State University. The man died at the age of 86.