Denis Matsuev told how his daughter is growing 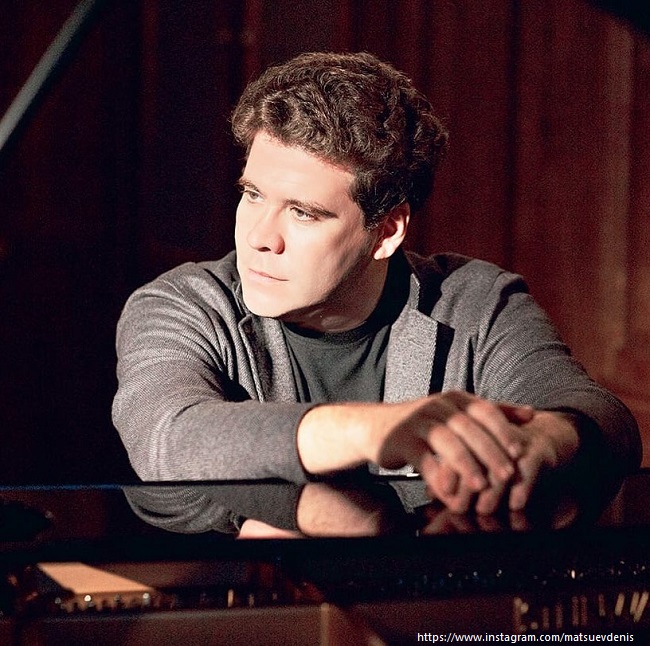 Pianist Denis Matsuev in an interview, told how he held his self-isolation.

Anya was born in 2016 in marriage Matsuev with the ballerina Ekaterina Shipulina. As admitted star father, previously, he hardly saw the child because of the constant touring, but the isolation fully enjoyed the role of father.

"Suddenly stopped concerts and tour... Even the body did not initially understand what was happening. But the stress was compensated by the fact that I met my daughter Anna Denisovna — the most that neither is home format. Prior to that, she saw me very seldom. I flew home for a few hours and continue flying. Gave to three hundred concerts a year worldwide. Of course, the wife and daughter often went with me on the road, but still three months in a row, we never together not performed. This happiness is still ongoing, although I'm starting to go to concerts. It's amazing to see how developed your baby. Every day daughter shows his puppet solo performances: drama, Comedy. I'm their musical style. I think she doesn't want the quarantine is ended. Also, showed my culinary skills. I began to prepare the pilaf in macheski"—said Denis.

This year Anna will be four years. According to pianist, the girl is very musical, she has perfect pitch and good acting skills.

"It is generally temperamental girl. Loves to draw. I believe that regardless of whether she is a professional musician, she needs to know musical notation. By the age of four or five to be clear: what is ability and what — not. While it is a very versatile young lady. But if there is no interest in music, one will not crush. How many broken lives, when the parents forced the child to do what he didn't like. I hope this is not the case", — said people's artist.

Matsuev has already began to gradually return to work and does not do it for lack of Finance, but because of great love for your business.

"I will never complain and, thank God, is going to last. But there is a category of artists, freelancers, about which we have forgotten. We need to think about helping them if suddenly will be a second wave of the pandemic, and again we're gonna sit at home for a long time, "said Dennis in an interview with "Komsomolskaya Pravda".