Dava told a story about his poisoning in Novosibirsk 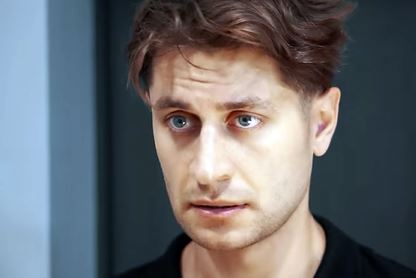 Russian rapper and blogger David Manukyan, better known as Dava, spoke about his poisoning in Novosibirsk in 2011. He shared this story during the comedy talk show “What Happened Next?”, Which airs on the YouTube channel Labelcom.

Former lover Olga Buzova remembered how he and a group of friends decided to throw a party in a country house in honor of the end of the first year of university. Upon arrival at the cottage, classmates immediately began to drink, and, as Manukyan noted, he very quickly reached a state of strong alcoholic intoxication.

He said that at a certain moment an unknown girl gave him a glass, into which, as it turned out later, she poured something. “I did not know about it. I feel bad, I start to breathe, but I can’t breathe in until the end. I understand that no one will save, because everyone is drunk, and we are three hours from Novosibirsk. I understand that I’m going to die, ”said the 28-year-old musician.

As a result, friends helped the future performer: they called an ambulance and stayed with a friend. Then Manukyan decided that severe pain would help him not to lose consciousness while the doctors were traveling, and asked his girlfriend to bite his hand. When the doctors arrived, they saw that his friends were standing around the musician, and the girl was holding Manukyan’s hand in her mouth.

Earlier, David Manukyan named the reason for breaking off relations with singer Olga Buzova. He stated that he and the pop star had a conflict two months before the official separation.