Daughter Zavorotnyuk complained about doctors because of her mother’s illness 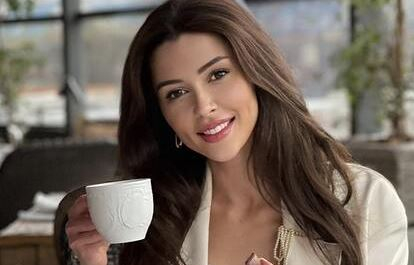 The daughter of actress Anastasia Zavorotnyuk Anna complained about the behavior of doctors because of her mother’s illness. She wrote about this in her Instagram account.

Anna said that she came to the clinic for examination, and the doctors began to ask her about her mother’s health. These questions angered the girl, and she decided to share her emotions with subscribers.

“Two female doctors in the office. In a place where you do not expect any personal questions at all, it begins: “Is it true what they write? And then, and behold? Oh, I just cried when I found out,” “the girl wrote, adding that she herself was crying, “When I found out.”

She admitted that she did not want outsiders to interfere with her private life and thanked her friends for their delicate behavior. “My life is not a circus. I am a closed person, and if it were my will, I would keep absolutely everything in myself, it’s easier for me, ”said the actress’s daughter.

In May, Anna Zavorotnyuk said that her mother’s illness finally turned her upside down, and she learned what “real depression” is. According to the daughter of the actress, she was treated for a year and a half and is still doing it and promised to tell what happened to her.

Anastasia Zavorotnyuk became widely known for her leading role in the television series “My Fair Nanny”. The diagnosis of Zavorotnyuk became known after the birth of his daughter Mila in 2018. According to doctors, hormone therapy used for IVF could provoke the development of cancer. Despite a complete examination carried out during pregnancy planning, the disease could not be diagnosed due to the too small size of the tumor.